English jurisdiction up in smoke! October 2015

In a landmark ruling, the Supreme Court has firmly rejected the ability of cargo interests to found jurisdiction in England against successive carriers within the meaning of the Convention on the Contract for the International Carriage of Goods by Road 1965 (CMR) in relation to thefts from two cargo containers, by relying on the presence in England of, and the proceedings against, the main contractor and/or upon the clause in the main contract providing for English jurisdiction.

The outcome is anticipated to have huge repercussions for the industry, particularly against the background that English law and English jurisdiction provide an advantage in respect of duties/taxes recoverable in CMR claims against carriers2.

In the first line of his leading judgment, Lord Mance wrote “cigarettes attract smokers, smugglers and thieves”. This appeal involved two separate container loads of cigarettes: one allegedly hijacked in Belgium en route between Switzerland and the Netherlands, and the other stolen in part near Copenhagen en route between Hungary and Denmark.

The cargo interests in respect of both containers were British American Tobacco (BAT). In each case BAT contracted the carriage to Exel, the main English contractors, who played no part in the appeal. In respect of each container load, Exel then sub-contracted the carriage to Essers and Kazemier, each a successive carrier and the appellants in this appeal which was heard jointly. The contract of carriage was carried out pursuant to CMR which came into force in England by the Carriage of Goods by Road Act 1965.

The focus of the cargo interests is on England because significant duties/taxes demanded on the cigarettes are recoverable there. This is in contrast to other parts of Europe where the duties/taxes are not recoverable due to a different interpretation of article 23. Therefore in essence, the appeal is about the meaning of articles 31, 34 and 36 of CMR, which it is argued contain the relevant provisions enabling the founding of jurisdiction in England.

Article 31 confers jurisdiction “in legal proceedings arising out of this Convention” on the courts or tribunals of the jurisdiction which have been designated by agreement between the parties, where the defendant is present, or where the goods were taken over by the carrier or the place designated for delivery.

Importantly, the article goes on to say and “in no other courts or tribunals”. Article 34 provides that each of the successive carriers is responsible for the performance of the whole operation where a single contract of carriage is performed by any of them and pursuant to article 36 cargo interests are entitled to claim under the contract against the first, last and performing carriers.

The appeal was unanimously allowed.

In dismissing BAT’s primary argument, the Supreme Court confirmed that in order to found jurisdiction in England, BAT must bring their claim under one of the heads of article 31. This is because article 31 was a complete code as applying to actions arising out of carriage under CMR by cargo interests against all carriers, including successive carriers. Article 36 is not concerned with jurisdiction and “certainly does not confer jurisdiction if it does not otherwise exist”. This was against the background that the proposed joinder mechanism sits uneasily against the final words of article 31, namely “and in no other court or tribunal”.

Further, and more importantly from a commercial and operational point of view, Essers and Kazemier did not agree to the English jurisdiction in the main contract between BAT and Exel – therefore the English Courts were not “designated by agreement”. Pursuant to article 34, Essers and Kazemier became a party to the contract of carriage only “under the terms of the consignment note, by reason of [their] acceptance of the goods and the consignment note”, however by accepting the goods with the consignment note they only acceded to the terms which are recorded in the consignment note. In other words express notice is required and to suggest anything to the contrary would according to Lord Mance “involve an unfamiliar and undesirable invasion of the general principle that contract depends upon agreement”.

In relation to BAT’s third point, the Supreme Court stated that to construe Essers and Kazemier as contracting through the branch or agency of Exel would be to distort the purpose and effect of the relevant CMR provisions.

Taking all the above into account, and that factually it was common ground that England was not the place where the goods were taken over or the place designated for delivery, nor were the specific defendants present in the jurisdiction, BAT failed to satisfy the provisions within the complete code of article 31 so as to found jurisdiction in England.

As to whether the Brussels regulation provides any other basis for jurisdiction or aids the interpretation of CMR, the answer was also no. The Supreme Court found that the CMR scheme is “deliberate and comprehensive”. It is a scheme which reflects an appropriate balance between the interests of all concerned, claimants and defendants across the 55 countries in which it operates, not all of which are in the EU and in fact stretch as far as Mongolia. This approach does not impinge upon any principles of EU law nor is there any gap which needs to be filled.

The finding by the Supreme Court confirms the way in which we must approach the interpretation of CMR. Notwithstanding the fact that the Supreme Court was minded to consider the commercial logic of BAT’s argument in respect of articles 34 and 36, namely the recognition of a jurisdiction to receive all three carriers in one set of proceedings, they were more persuaded by the language of CMR itself. It seems clear therefore that CMR provides a complete code and to found jurisdiction article 31 must be satisfied in navigating any potential jurisdictional disputes arising out of the carriage of goods.

The case demonstrates the importance of carefully reviewing consignment notes when these are taken over by successive carriers with a view to understanding the terms which are being accepted, to which sufficient attention is often not paid. Companies providing carriage of goods services should ensure safeguards and checks are in place to oversee this process and/or to obtain adequate insurance to cover any potential liabilities.

HFW represented Essers and Kazemier, the successful appellants in this matter. Ewelina Andrzejewska was the case handler. Gabriella Martin assisted as a trainee. Thanks go to Justin Reynolds, our former partner, who dealt with the matter until the Court of Appeal. 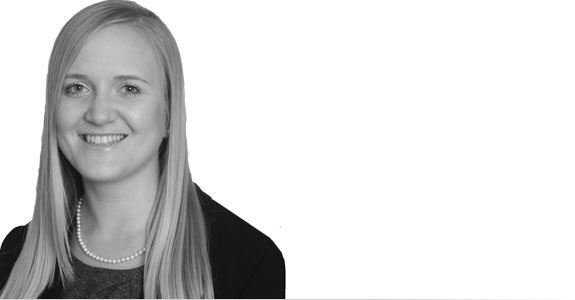