In Sinocore International Co. Ltd. v RBRG Trading (UK) Limited1, HFW, acting for Sinocore International Co. Ltd (the Seller), successfully argued that a foreign arbitral award should be enforceable in England notwithstanding the allegations made by RBRG Trading (UK) Limited (the Buyer) that the relevant transaction had been ‘tainted’ by fraud and was therefore unenforceable on the grounds of public policy.

The case reinforces the important principle that the public interest in the finality of arbitration awards, particularly an international award as in the present case determined as a matter of a foreign law “clearly and distinctly outweighs any broad objection on the grounds that the transaction was ‘tainted’ by fraud”.

The Seller agreed to sell 1450m/t of cold rolled steel coils to the Buyer (the Sale Contract) at a price of US$870 m/t. Pursuant to the Sale Contract, the Buyer was to open an irrevocable letter of credit (on UCP600 basis) for the purchase price.

A letter of credit was issued by Rabobank Nederland (Rabobank) on 22 April 2010, which stipulated the latest date of shipment as 31 July 2010 (the Letter of Credit). However, on 12 June 2010 and, crucially, without the agreement of the Buyer, the Seller then instructed Rabobank to issue an amendment to the Letter of Credit, amending the shipment period to read “20 to 30 July 2010”.

On 22 July 2010, the Seller sought payment from Rabobank under the revised Letter of Credit, by presenting bills of lading bearing the dates 20 and 21 July 2010. As shipment had taken place on 5 and 6 July 2010, it is plain, and Sinocore accepts, that those bills were incorrectly dated so that documents could be presented to Rabobank which, on their face, evidenced shipment within the period required by the purported amendment to the Letter of Credit referred to above.

On 26 July 2010, the Buyer successfully petitioned the Court of Amsterdam to grant an injunction restraining Rabobank from making payment to the Seller. The Seller then terminated the Sale Contract and sold the coils to another buyer at a price below that agreed with the Buyer.

In accordance with the Sale Contract’s law and jurisdiction clause, the Buyer commenced CIETAC arbitration proceedings against the Seller in Beijing and under Chinese law, for damages caused by the Seller’s alleged breach of an inspection clause. In this regard the Buyers argued that the Seller shipped the coils early so that the Buyer could not inspect the coils and then proceeded to forge bills of lading to cover this up.

The Seller, also alleging breach of contract, issued a counterclaim for the difference in the sale price eventually obtained and the original price agreed with the Buyer.

In its award, the Tribunal determined that:

As the award was made in China, a party to the New York Convention 1958, the Seller issued an enforcement application seeking an order on the basis of s.101(2) of the Arbitration Act 1996 (the Act) which states: “A New York Convention award may, by leave of the court, be enforced in the same manner as a judgment or order of the court to the same effect”.

The Buyer sought to argue that enforcement of the Award would contradict the English courts’ policy of not allowing its courts to be used to give effect to fraud. The Buyer argued that:

The usual approach to an objection on the basis of public policy is that there will be a strong presumption that an award issued in a country that is a party to the New York Convention will be enforceable, and that public policy defences will be “treated with extreme caution”3.

Whilst the court will consider refusing to enforce awards which give effect to fraudulent or illegal enterprises or claims on the basis of the approach set out above, it will not refuse to enforce a lawful claim under a lawful transaction, even if voidable, on the basis that the transaction is “tainted”.

Going “behind” the Award

The Buyer argued that the presentation of the incorrectly dated bills and not its own breach was in fact the operative cause of the loss, since the Seller could have received payment if it had simply presented the genuine bills of lading for payment, as the purported amendment of the Letter of Credit was not binding on the Seller by virtue of the UCP.

The court recognised that the Tribunal had expressly considered (and rejected) these arguments. The judge applied the principle identified in Soleimany v Soleimany4 and Westacre Investments Inc v Jugoimport-SPDR Holding Co. Ltd5, that it was not open to him to go behind the Award and apply English law to the issue which had been determined by the Tribunal. As such it was not necessary or appropriate for the judge to reconsider the merits of the underlying claim under English law – even if English court may not have reached the same conclusion as the Tribunal, as a matter of English law or even as a matter of logic.

The Buyer’s wider argument that the court should not assist a seller who presented incorrectly dated documents was also dismissed by the court, who held that the maxim ‘fraud unravels all’ should not facilitate a situation whereby a seller who presents incorrectly dated documents cannot recover damages even if his claim relates to a prior breach of contract by his counterpart. By preventing relief on the basis that that transaction has been ‘tainted’ would “introduce uncertainty and to undermine party autonomy”, as stated at paragraph 46 of the judgment quoting Mr Justice Burton in National Iranian Oil6. Mr Justice Phillips also recorded the need to balance such arguments against the public interest in the finality of international arbitration awards. On this balancing act, Mr Justice Phillips held that the enforcement of the Award would not be contrary to public policy and the Buyer’s application to prevent enforcement was dismissed, concluding at paragraph 47:

“Further, even if it was appropriate to consider such a wider issue, I would nevertheless conclude that public interest in the finality of arbitration awards, particularly an international award such as in the present case determined as a matter of a foreign law, clearly and distinctly outweighs any broad objection on the grounds that the transaction was “tainted” by fraud.”

Leave to appeal was refused by the High Court, although it is still possible that the Buyer will seek to challenge this decision.

The English courts remain very reluctant to restrict enforcement of an arbitration award on the basis that the underlying transaction was ‘tainted’ and therefore contrary to public policy.

In reaching its decision, the court was clear that a balance must be struck between the importance of enforceability of an arbitral award and the need to prevent a party prospering from improper activity. In this regard Mr Justice Phillips was undoubtedly of the mindset that the public interest in recognising the finality of an arbitration award would not be overridden lightly.

From a legal perspective this is encouraging. The New York Convention is key to providing commercial parties with confidence on how international law will support their contracts via a uniformly recognised system and approach to enforcement . To undermine its applicability on the basis that a transaction was later ‘tainted’ by fraud would undoubtedly erode its effectiveness.

This decision is also of major significance from a commercial perspective. Business is inherently international and when contracting with counterparties in multiple jurisdictions it is crucial to have comfort that, should the unfortunate occur and a dispute arise, proper and effective recourse can be sought in the necessary jurisdictions. 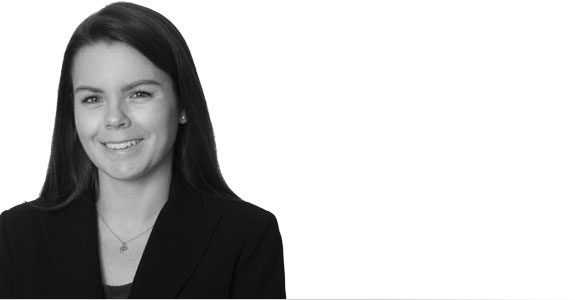