The Loi Sapin 2 has amended the rules on the immunity of foreign States by creating new conditions for the obtaining of preliminary measures and the recovery of debts.

The position before Loi Sapin 2

Under its Code of Civil Procedure of Enforcement (the Code) France complies with public international law in recognising the principle of foreign State immunity in connection with the seizure of property following a court order (immunity from enforcement).

This was however revised on 9 November 2016 following the introduction of the Law on Transparency, Anti-Corruption and Modernization of Economic Life (known as the Loi Sapin 21), which incorporates new rules on the enforcement of decisions against a foreign States.

Previously, the rules on States’ immunity were prescribed by the judgments given by the Cour de Cassation (French Supreme Court) and were considered to be more liberal than those of many other European countries which, meant, that under French law, it was relatively easy to enforce decisions against foreign States.

The change brought the Convention in line with the provisions of Article 6(1) of the European Convention on Human Rights 1950, guaranteeing the right to a fair trial.

In drafting the Loi Sapin 2, the legislature defined precisely the situations in which the holder of a debt recognised by a final judgment can enforce it on property belonging to a State.

The new Article L.111-1-1 of the Code provides that preliminary or enforcement measures relating to property belonging to a foreign State may be authorised only if the following cumulative conditions are met:

The same article defines which goods are to be considered as “property specifically used” or “intended for use” by the State for public service purposes to be:

The Loi Sapin 2 provides for special rules regarding the seizure of Diplomatic property.

The amended Code clarifies a debate between international law and the diplomatic immunity in particular on the basis of the International Convention of 1861.

Article L111-1-3 of the Code now provides that preliminary measures or enforcement measures may not be applied to diplomatic property.

This category of property must now be the subject of an express and special waiver which is granted by the State concerned.

The Loi Sapin 2 also introduced new provisions relating to the enforcement of a claim against a foreign State on the initiative of the holder of a debt obligation (referred to in Article L. 213-1 A of the Monetary and Financial Code) or any instrument or right with characteristics similar to a debt instrument (mentioned in Article L. 211-41 of the same Code).

These provisions are based on the legislation adopted in the United Kingdom4 and Belgium5 to prevent hedge funds from profiting by acquiring claims against States in financial difficulty.

Following the introduction of the Loi Sapin 2 no interim measures and no enforcement action against property belonging to a foreign State can be authorised by a French judge if:

The Loi Sapin 2 proposed certain adjustments to the conditions listed above, especially in the case of “manifestly abusive behaviour” on the part of the creditor, including the option of extending the period referred to in 3 above to 72 months.

In addition, the creditor must communicate, on penalty of inadmissibility, the document by which he acquired the debt in question in support of his application for enforcement. The full financial terms of the acquisition must be certified by an auditor.

There are however two important limitations to these rules:

Prior authorisation of the court

Finally, Loi Sapin 2 goes further than the 2004 Convention by introducing a new authorisation procedure, which is necessary for any interim or compulsory enforcement action against property of a foreign State. This new procedure is intended to provide a filter for abusive creditor claims.

The procedure requires the creditor to seek an order for an interim or enforcement measure against the foreign State. The court deals with the matter ex-parte (that is without notice to the debtor), so as to avoid concealment of the property. The burden is on the creditor to demonstrate that the property concerned is suitable for seizure.

The introduction of this new step in the enforcement proceedings will no doubt lengthen the time involved and introduce additional uncertainty in the recovery of claims against a foreign State.

The provisions of the Loi Sapin 2 should be taken into account when drawing up State immunity waiver clauses in contracts between private operators and host States, which are particularly common in the infrastructure and energy sectors. The new law significantly alters the procedure required to recover debts owed by those States, requiring prior auditing of claims and an analysis of the geopolitical situation of the concerned State. 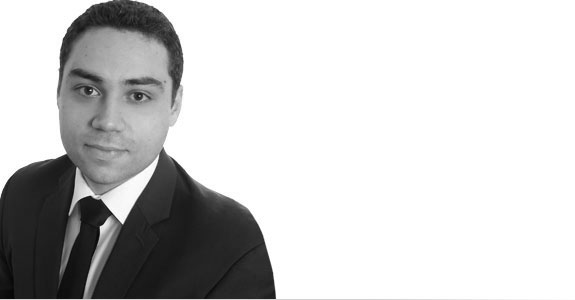