The EU’s Emissions Trading Scheme (ETS) continues to be one of the most controversial topics on the regulatory agenda, particularly so as the April 2014 deadline for surrendering allowances looms large amid persistent uncertainty over how the scheme operates at present and what further amendments are expected in the near future. This Briefing gives an overview of recent developments at ICAO, the Commission’s proposal to further amend the ETS (including international reaction to it) and then considers what carriers should be doing now in order to comply with their regulatory obligations.

By way of background, on 12 November 2012, the Commission announced that it was recommending the EU “stops the clock” on certain important aspects of the ETS. This decision was made following sustained pressure from airlines, industry bodies and governments and passed into European law on 24 April 2013. In practical terms, the “stop the clock” decision meant that an aircraft operator would not be sanctioned if it failed to comply with the ETS Directive’s annual reporting and compliance obligations before 1 January 2014 in respect of flights to or from aerodromes outside of the EU. For non-EU airlines with no intra-EU operations, this effectively disapplied EU ETS – a development welcomed by the wider industry, though not by the European low-cost sector in particular which still finds itself caught by the full force of EU ETS for the majority of operations.

The stated purpose of the “stop the clock” decision was to allow breathing space for ICAO to devise its own global agreement at the ICAO Assembly meeting in October 2013. The Commission warned at the time that failure by ICAO to deliver would result in the ETS being fully reinstated as of 1 January 2014.

On 4 October 2013, after two weeks of reportedly fractious discussions, the ICAO Assembly adopted a Resolution to develop a global scheme to limit CO2 emissions from international aviation.

The Resolution calls for appropriate measures to be finalised and voted on at the next ICAO Assembly in 2016, and for an agreed global scheme to be implemented by 2020. ICAO also underlined that when designing new schemes and implementing existing ones, States should:

Although the EU proposed a paragraph in the Resolution that would have permitted its ETS to continue to apply to flights within European airspace pending the implementation of a global scheme, this was rejected by the ICAO Assembly. The EU and 14 Member States of ECAC were limited to filing a written statement of reservation insisting that the Resolution did not diminish their rights to apply EU laws to aircraft of all States on a non-discriminatory basis.

Whilst some progress was undoubtedly made at ICAO, the final text of the Resolution is largely aspirational in nature and devoid of detail – arguably not the level of progress expected by the Commission when it stopped the clock.

The EU’s response to the ICAO Resolution was surprising given the furore which had preceded “stop the clock”. On 16 October 2013 the Commission published a proposal to amend the ETS Directive, the key features of which can be summarised as follows:

The EU’s latest proposal is not yet binding and must be formally approved by the Council and the European Parliament. At the time of writing, negotiations to agree an amended Directive are ongoing, although it now appears likely that “stop the clock” will be extended for at least a further 12 months. According to press reports, negotiators from the European Parliament, the Commission, the EU Executive and the EU Presidency (representing Member States) reached an outline agreement on 4 March 2014 to “exempt” flights between EU and non-EU countries from the ETS until 2016, although the ETS continues to fully apply to intra-EU flights. Full details of the agreement (which still needs to be approved by the European Parliament) are awaited but at present it has no legislative effect.

In terms of approving the agreement and amending the existing law, time is clearly of the essence in view of the forthcoming deadline under the original ETS Directive to report and surrender allowances (being 31 March and 30 April 2014 respectively).

Reaction to the Commission’s proposal

The Commission’s Proposal was almost universally criticised at State and industry level. Presaging the outline agreement referred to above, the UK, French and German governments all expressed concern and called for the “stop the clock” decision to extend to at least 2016 when the ICAO Assembly next meets. Unsurprisingly, the US and Chinese governments (among others) remain vehemently opposed to any suggestion that even a watered down ETS be reintroduced, however far that may be in the future.

Elsewhere, IATA’s Director General gave the EU credit for forcing the issue of tackling aviation emissions onto the international agenda but urged it to withdraw the proposed amended Directive on the basis that it undermines the work done to date through ICAO. A number of industry bodies including the Association of Asia Pacific Airlines and Airlines for America have expressed their opposition to the proposal whilst the Arab Air Carriers’ Organisation has warned of possible future trade wars if the amended Directive is adopted.

The general consensus among industry commentators seems to be that the Commission misread the international mood by proposing amended legislation that is inconsistent with the accord reached at the ICAO Assembly and, in doing so, stirred up further hostilities with third country governments, leading ultimately to the retreat apparently signalled by the outline agreement now under discussion.

What should carriers do now?

Arguably, the scope of compliance obligations for carriers has never been more uncertain – clearly this is unsatisfactory in circumstances where the significant costs of compliance continue to accrue. For present purposes, we can offer the following guidance.

In theory, and pending formal approval of the outline agreement purportedly reached on 4 March 2014, the “stop the clock” decision expired on 31 December 2013 and is no longer in force. Therefore, as of 1 January 2014 and until the adoption of amended legislation, the ETS Directive fully applies to all flights departing from or arriving in the EU. It follows that carriers are legally obliged to:

Whether or not failure to comply with these obligations will attract enforcement action is, to say the least, a grey area. Earlier this year, a number of competent authorities issued advice to aircraft operators under their control urging full compliance. The UK Environment Agency, for example, has previously stressed that penalties apply for failure to submit reports and surrender allowances and that, unless and until the law changes, the full scope of the Directive applies.

In contrast, the French authorities have said that carriers can report emissions if they wish but will not be penalised for failing to meet the March 2014 deadline. Similarly, the authorities in Belgium have agreed not to impose penalties on carriers that fail to report their 2013 emissions.

Meanwhile, a number of competent authorities, including UK, Netherlands and Germany, face mounting criticism for failing thus far to impose penalties on carriers that failed to comply with their obligations to report emissions for their intra-EU flights in 2012 in breach of the terms of the “stop the clock” decision; a failure which contrasts with similar enforcement action taken by their counterparts in other States, including Belgium and France.

Against this uncertain background and in the absence of clear guidance to the contrary from their competent authority, carriers should prepare to finalise and submit their verified emissions reports by 31 March 2014, in line with the legal requirements of the ETS Directive. Thereafter, the onus is firmly on the EU legislative bodies to agree an amended Directive or, at the very least, issue comprehensive guidance to all competent authorities (and in turn all carriers) well before the deadline for surrendering allowances on 30 April 2014.

These latest developments again call into question the long term viability and practicality of regional schemes such as the EU ETS. Whilst there is now a consensus among States, carriers and industry bodies that global emissions from aviation should be regulated, the proper forum for developing these regulations is surely ICAO, despite the length of time this process involves. How the EU responds in the meantime remains to be seen. 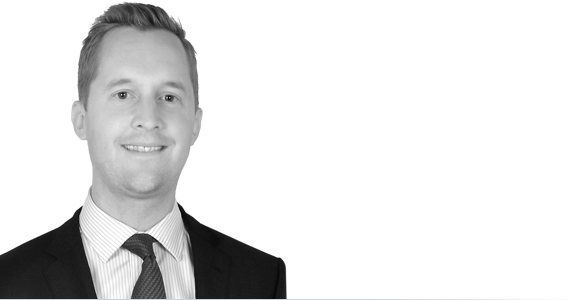