Do e-bills signal the end of LOIs for Shipowners?

Following on from our June 2021 briefing regarding the acceleration of adoption of e-bills of lading and the enabling legislative framework, this briefing looks at what these developments mean for shipowners and their insurers.

The problem with paper

The disadvantages of relying on paper-based processes to regulate the delivery of cargo from a ship are well known and include:

The promise of e-bills

The development of e-bills aims to address these problems whilst also providing greater integration, via digital means, of the flows of finance, physical goods and documents linked to those goods. A test shipment in January 2021 by Olam and Ocean Network Express from Vietnam to Rotterdam via Singapore, demonstrates the potential efficiency gains from the use of e-bills. The shipment was made using two different platforms, with Singapore’s TradeTrust platform acting as an enabler to ensure interoperability. The total time taken for the transfer of title using the e-bill was less than 24 hours, compared to an estimate of 5-10 days for the physical transfer of a paper bill. These kinds of advances in the time taken to process and transfer bills should lead to significant reductions in requests for carriers to discharge without presentation of the original bill and a consequent reduction in the issuing of LOIs, and LOI disputes.

In addition to reducing delays, widespread adoption of e-bills is also expected to lead to significant costs savings. The Digital Container Shipping Association ( DCSA) estimates that if 50% of the container industry used e-bills, this would result in annual costs savings of US$4 billion.

Multiple e-bill solutions already exist, with seven systems approved for use by the International Group ( IG) of P&I Clubs as at the date of writing1.

As explained in our previous briefing, these systems are closed with users each subscribing to the individual system’s rulebook. This model aims to achieve via contractual means what the Carriage of Goods by Sea Act 1992 under English law achieves via statute, seeking to replicate the transfer of title that would otherwise occur automatically with the endorsement and handing over of an original paper bill. If the carrier, shipper, charterer and consignee are each signed up to the same system, and that system is on the list of the IG P&I Clubs’ approved systems, then in principle the carrier’s exposure in relation to cargo claims should be no different to that in respect of paper bills. This is also the approach taken by the IG P&I Clubs who provide standard cover to the extent liabilities would have arisen if a paper bill had been used. Cover is subject to the same exclusions that apply for paper bills (e.g. if the description of the cargo or its condition is known to be incorrect, if the bill is dated incorrectly, or if the cargo is discharged at a place other than that named in the bill or without the production of the original bill).

However, with the increasing use of digital processes, carriers are exposed to greater cyber-security risks, including the risk that data is compromised or lost. These non-marine risks are not covered by P&I insurance and shipowners will need to consider whether additional cover is necessary.

Shipowners using third party e-bill systems should also consider their rights of recourse in the event the system fails, and whether the contract with the system provider gives adequate warranties and indemnities regarding the security and performance of the system.

The future is digital

The shift to e-bills is gaining momentum across all shipping sectors. For example,  in June 2021 BIMCO and the ICC announced they are developing an electronic bill of lading standard for the dry and liquid bulk sectors, to complement the standards issued by the DCSA for the liner industry at the end of 2020. This is in line with a broader, multilateral focus on paperless trading. In Asia, this takes the form of the Framework Agreement on Facilitation of Cross-border Paperless Trade in Asia and the Pacific which entered into force in February 2021. The Agreement is designed to accelerate the adoption of digital trade processes by providing for mutual recognition of trade-related data and encouraging the adoption of single-window systems to streamline the exchange of data between shippers, carriers, forwarders, receivers and government authorities in the ports of loading and discharge.

As shipowners, crew, shore side staff and ship managers gain comfort with issuing and accepting e-bills of lading, this could open the gateway to broader digitalisation of ships’ documents and processes including logbooks and bunkering operations. Widening the scope of digitalisation to other documents and processes is expected to provide similar levels of efficiency and costs gains as those seen with e-bills. For example, in July 2021, the Maritime and Port Authority of Singapore in collaboration with Ocean Network Express, TFG Marine and DBS, completed the first live bunker delivery financing transaction using an electronic bunker delivery note which reduced the time needed to finance the trade from a week to under two hours.

The use of e-bills of lading is the tip of the iceberg in the drive to digitalise the shipping industry. The benefits of making the switch from paper have been demonstrated in multiple test cases and the widespread adoption of e-bills appears inevitable. As is often the case with new technology, many jurisdictions have not updated their legislation to reflect the industry demand for e-bills, leading to significant legal uncertainty regarding the validity of e-bills as documents of title. The IG has adopted a harmonised approach to the use of approved e-bill systems which should give shipowners some comfort regarding the risks of adopting e-bills. However, shipowners making the move to digital processes and operations must remain vigilant to the non-marine risks these entail and ensure those risks are properly mitigated through robust contractual clauses, internal policies and additional insurance cover. 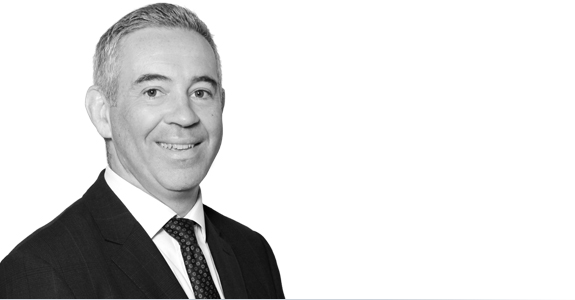