Diamonds in the rough: hidden gems in the ship finance market?

This article appeared in the October/November 2016 issue of Marine Money International, and is reproduced with permission. Please click here to read the full publication (login required).

With banks and borrowers alike feeling the prolonged and acute strain on traditional ship finance lending, the quest for any form of finance of shipping assets has been a significant challenge for many. Compounded by increasing financial regulation, reclassifications of shipping loans and stringent capital requirements it is little wonder that any positive reports for the ship finance market are few and far between. The record lows of the Baltic Dry Index are never far from the market's mind and falling rates and overcapacity issues have drained away much of the initial optimism over the tanker sector. Nevertheless, some deals are still being done – both publicly and privately – whether as restructurings or as packaged work-out transactions for new managers/borrowers. So despite the 'perfect storm' in which ship finance has found itself, are there any hidden gems and diamond opportunities for those willing to take on the search?

Setting the (bleak) scene for ship finance has not been difficult over the last decade, with historic ship finance banks having exited shipping, others in the process of downsizing and others selling sizeable chunks of their portfolio in the secondary market to the 'highest' bidder. Opportunities to purchase both performing and non-performing loans at a discount are rife (especially in the Greek market). Combined with increased internal auditing, new lending business has taken a back seat in favour of wholesale restructurings – even for those lenders who were relatively new to the market.

The question of how to fill the funding gap has become a common theme. Asian-Pacific banks have attempted to fill the void with those such as China Development Bank, Commonwealth Bank of Australia, China EXIM, China Everbright and KEXIM reported as being amongst the fastest growing in ship finance in 2015 in terms of market exposure. Nevertheless, with European regulators threatening to reclassify whole shipping portfolios as 'high-risk' and financial institutions forced in some cases to recognise bad loans (where there is still value in the associated security) the optimists looking for financing opportunities have not had an easy ride.

To some extent, alternative sources of finance looked set to assist those eager to acquire vessels at rock-bottom prices – with or without debt financing. Whilst collaborative financing and the emergence of  the Asian export credit agencies helped weather some elements of the ship finance storm, other forms of alternative funding often fell out of favour as quickly as they emerged. The capital markets window proved short lived as freight rates remained anchored and the few success stories became marred by pricing issues, underwriting concerns and the increasing indifference of investors. Private equity also continued to form part of the mix – both in respect of the secondary market or through direct equity deals with owners/managers with a strong track record.

The increasing numbers of non-performing shipping loans has seen lenders across the board becoming increasingly cautious when selecting their counterparties. However, for those owners/managers with long-standing banking relationships, a reliable and transparent record, strong chartering relationships and some level of equity to invest, opportunities have emerged to cooperate with their banks to the mutual benefit of both.

The principle of 'extend and pretend' always had to come to an end at some point and innovative solutions to a mass problem had to be found. Even publicly, signs that banks and borrowers were starting to take a more proactive approach became apparent – especially in the absence of any burgeoning market recovery. For publicly listed owners looking to acquire vessels at historically low values, there were signs of attractive (albeit rare) opportunities.

As 2015 drew to an end, HSH Nordbank's "Nautilus" financing model, saw the Navios Group complete its acquisition of fourteen vessels (with a total market value of US$225 million) from struggling debtors on the verge of insolvency1 – the second transaction of this nature with HSH Nordbank. Wolfgang Topp, Head of HSH Nordbank's Restructuring Unit noted the benefits of the transaction for both parties as "self-evident" with HSH Nordbank reducing their risks and Navios broadening its fleet to include complementary ships2. HSH Nordbank's exposure was substantially reduced and the fleet's capital structure strengthened owing to the discounted loan amount being financed by a new creditor. On the other hand, Navios was able to acquire a fleet of vessels with a new pre-packaged banking syndicate when most were struggling to find finance for a single ship. Diamonds of this size will perhaps only ever be available to those in a position to contribute eight-digits' worth of fresh capital and deliver sizeable economies of scale. However, when averaged over fourteen vessels, the level of new equity investment required could become far more attractive to a much wider audience.

Even in the restructuring arena, transactions which primarily sought to address valuation and liquidity issues often showed positive support for actively maximising opportunities. In March 2016, Scorpio Tankers negotiated an increase in its credit facility with ING Bank from US$87 million to US$132.5 million in order to part finance the acquisition of a new product tanker and to refinance other existing indebtedness3. Another example saw Safe Bulkers repeatedly succeed in renegotiating several loan facilities with its lenders throughout the first half of 2016 including RBS, Danish Ship Finance, DVB Bank, ING Bank, Nordea Bank, Unicredit and DNB4.

Again, restructurings and ship finance transactions on this scale might be considered out of reach for those without a public listing to their name. Nevertheless, the nature of these positive transactions and the opportunities which emerged (despite adverse market conditions) were a welcome alternative to the usual pessimistic reports. The slightest sparkle of innovation and ingenuity was certainly something that could be considered more widely and (if needed) on a smaller scale.

The likelihood of new money, plain-vanilla ship finance transactions remains too good to be true in many cases, but positive elements in an otherwise gloomy market have started to emerge as another method of seizing opportunities and finding hidden value. Otherwise standard restructurings, with  LTV and minimum liquidity adjustments could, in some circumstances, be tied to pre-packaged financing deals for additional vessels – again from beleaguered borrowers ready to hand assets back to their lenders (replicating some of the attractive attributes from the Nautilus model put forward by HSH Nordbank).

Hovering for the most part below the radar, private financing transactions have started to show a necessity for the 'bells and whistles' historically incorporated as part of larger and more sophisticated financings. Back-end fees, equity kickers and profit sharing could form part of a structure where both banks and borrowers have 'skin in the game'. Increased transparency (or supervision) on the part of the borrower, together with equity support from the borrower if (more likely when) needed could be balanced by the lender (with an acceptance of market constraints and current freight rates)a willingness to move away from the more stressful  repayment profile model. Previous attempts to 'kick the can down the road' have forced lenders and borrowers to be more creative, with more experience of large balloon repayments causing greater difficulties at a later date – as market conditions continued to deteriorate. Even the acceptance of financial covenant holidays has become a method for lenders to manage the burden of regular waiver requirements and breaches almost equivalent to the burden faced by borrowers seeking to comply with original covenant requirements.

The slide in vessel earnings has naturally hit both lenders and borrowers hard. Operating and voyage expenses and G&A costs now frequently exceed a vessel's earning capabilities and the depressed state of the market means that even the most efficient borrowers and managers are forced to dig deeper into their own pockets to meet scheduled principal repayment obligations. As the problem becomes more widespread, the possibility for lenders to take hard and fast enforcement action against non-performing borrowers and loans seems less attractive to all parties. In the latest bid to salvage more from a potential wreck (and in order to avoid the expensive and often counter-productive alternative of judicial enforcement), a recent trend towards lenders offering their more trusted owners increasingly complex, yet  flexible, repayment terms typically combined with detailed applications of earnings and/or 'waterfall provisions' could allow certain borrowers to move away from fixed repayment obligations and simply to apply all earnings (surplus or otherwise) periodically and in a manner which would be acceptable to their lenders.

Ordinarily, 'pay as you earn' forms of restructurings could allow for a reasonable level of operating expenses and a capped management fee to be applied first from the earnings of the vessel, with lender fees, costs, expenses, interest and principal repayments forming part of the waterfall at varying degrees. Potential for 'rolling-up' of interest in the form of PIK interest could also form part of an earnings waterfall in exchange for guaranteed equity support from the borrower. Suddenly a 'repayment buffer' starts to emerge where both banks and borrowers can look to agree the attributes of a repayment structure which suits each party's needs – the borrower commits to funding shortfalls by itself (or through shareholders) and the lender accepts (to some extent) that it might take slightly longer to pay down its debt.

Cash sweeps and methodology to rebuild capital reserves remain relevant, but often become unrealistic or impractical when the fight for survival applies to everyone in the ship finance food chain. However, combining pre-packaged facilities and specific assets (typically from the lender's bad loan portfolio) – with or without 'soft-loan' attributes – could allow for much higher LTV percentages and much lower margins to be made available to borrowers than would otherwise be available in a plain-vanilla, new money scenario. Together with some level of equity injection (or shareholder loan) and a commitment to support the underlying asset, a lender's classification of certain loans could well be improved.  A pre-agreed write-off for future sales at a loss could well be balanced against profit sharing of surplus sale proceeds in cases where vessel values do actually rebound.

Potential opportunities will always have to be balanced against the price to be paid by both lenders and borrowers. What is commercially achievable will often depend on the strength of the lending relationship, the ability of the borrower to demonstrate a strong and transparent track record, evidence of prudent vessel management and (no doubt) a willingness to put some level of cash on the table.

Differing goals and the wide variety of lender and borrower profiles will never allow a one size fits all ship finance model, but certainly the current state of the ship finance market has forced all parties to become more creative, to find solutions and seize even the smallest of opportunities that could provide benefits – and maybe even a profit (whether in the short term or the long term). 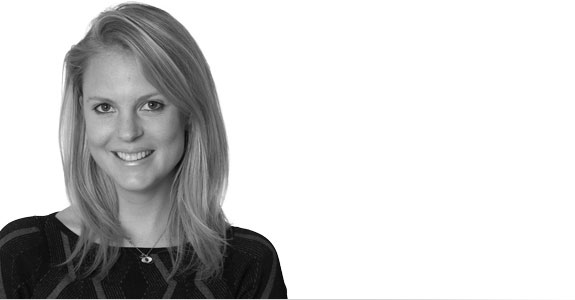