Default interest rates in commodities contracts – and the end of LIBOR

Commodities contracts frequently contain default or late payment clauses, using a “LIBOR plus” measure for the rate of interest. Whilst default interest is commercially justifiable – defaulters represent a greater credit risk – when might this justification run thin and leave default interest provisions open to criticism as penalties? Furthermore, what rates might be used in commodities contracts when LIBOR disappears at the end of 2021?

In Cargill International Trading Pte Ltd v Uttam Galva Steels Ltd1 [2019] EWHC 476 (Comm), the parties entered into two advance payment and steel supply agreements (or APSAs), which were effectively financing facilities. Cargill provided advance payments to Uttam Galva in respect of future purchases of steel products and Uttam Galva agreed to repay Cargill within a specified time period, either by way of actual sales of steel products or, if no sales were executed, in cash.

Cargill advanced US$61.8m. Uttam Galva did not repay them.

The APSAs contained ‘default compensation’ provisions, under which default interest would accrue on the US$61.8m owed at a rate of LIBOR plus 12%.

Cargill secured summary judgment against Uttam Galva in the English court for the full US$61.8m due, plus interest at a rate to be decided. Uttam Galva then challenged the contractual default compensation provisions on several bases, including that the provisions had not been properly incorporated into the contracts; that they were illegal under Indian law; and that the default interest rate of LIBOR plus 12% represented a penalty and so was unenforceable.

The first step was to consider whether the disputed provision protected a legitimate interest of the innocent party. The answer to that question was “self-evident”, to the Court. Charging a higher rate of interest on an advance of money after default was commercially justifiable as defaulters represent a greater credit risk. Money is more expensive the higher the credit risk.

The second step was to consider whether the innocent party has a legitimate commercial justification in choosing that particular interest rate – here LIBOR plus 12% – or whether that rate is exorbitant or unconscionable. Here, the Court noted that: “the most important evidence is market rate evidence”. It was convinced by Cargill’s evidence that LIBOR plus 12% was comparable to the commercially available rate for comparable companies, especially given that this was unsecured lending in uncertain industry conditions. Indeed, Cargill produced evidence to the effect that LIBOR plus 12% represented a slightly lower rate in comparison to Uttam Galva’s other financing costs.

The Court concluded, “...it appears to be an entirely normal commercial rate set against the backdrop of unsecured lending in circumstances where by this stage the recipient of the loan is ex hypothesi in default and as such a considerably greater credit risk.”

This decision demonstrates both the English courts’ commercial approach generally, and their clear understanding of the risks inherent in commodities trading.

The end of LIBOR

When Andrew Bailey took over the reins as Chief Executive at the UK’s Financial Conduct Authority (FCA), he announced that the support of the FCA, and the panel banks that contribute to LIBOR, would stop by the end of 2021. This was hailed as the “end of LIBOR”.

LIBOR’s reputation had suffered from a series of scandals, which involved its manipulation by traders who, amongst other things, were contributing to LIBOR while simultaneously holding trading positions that were influenced by their contributions. It was also deemed to be problematic because it is based on the theoretical rate at which its panel banks would be prepared to lend on the interbank market, rather than on actual transactions.

LIBOR has been used to calculate various financial products and rates contained in them, including asset-backed and corporate finance loans, derivatives for hedging such loans and for hedging physical trading activities in the commodities markets and, as here, for calculating termination and late payment rates in physical commodities contracts. The demise of LIBOR, creates different issues for different products and sectors, with different alternative rates being suggested for different products which currently use LIBOR. There will therefore be a variety of different challenges to solve before the end of 2021. HFW’s Commodities, Regulatory and Finance teams are able to advise clients on all aspects of these challenges.

The first step for regulated firms and commodities traders will be to assess their exposure to LIBOR by undertaking an internal risk assessment. They can then begin to decide how they will transition to other benchmarks and to re-paper contracts. Market participants may wish to combine this with their Benchmarks Regulation implementation planning which, for critical and non-EU benchmarks, has been extended until the end of 2021. 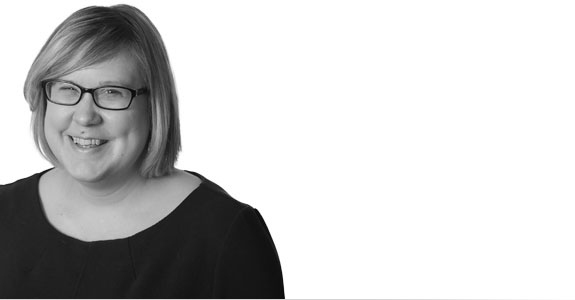