Coal trade: the impact of the changing regulatory framework in Asia-Pacific, September 2014

New regulations on Indonesian coal exports and PRC coal imports are due to come into force in the coming months. These new regulations will impose tighter restrictions on traders who export coal out of Indonesia and/or import coal into the PRC. Traders should carefully consider the impact of the more onerous licensing requirements imposed on coal exporters by the Indonesian government from 1 October 2014 onwards, as well as how their business may be affected by the new import quality restrictions imposed by the Chinese government from 1 January 2015 onwards.

Indonesian coal miners will now need to obtain a “registered exporter” status called Eksportir Terdaftar Batubara (ET Batubara) from the Ministry of Trade to export coal. The new rule applies to miners that hold Coal Contracts of Work (PKP2B) and Mining Business Permits (IUP). The implementation of the new export permit regime in Indonesia (as of 1 October 2014) is causing uncertainty under international coal sale contracts, with many suppliers not being able to secure their export licence amidst widespread confusion on the procedure for obtaining one.

Indonesia has only been exporting coal for a couple of decades, but is today rivaling Australia for the position as the world’s biggest exporter. In 2013, Indonesian coal exports reached 413 million tonnes. The country currently exports about 70% of its coal production, much of it to China and India. The Indonesian government has, however, in recent years attempted to regulate and reduce output due to rising domestic demand for power station fuel.

The 2009 Indonesian Mining Law had foreshadowed that Indonesia was going to impose a tighter grip on the activities of coal traders. The Mining Law had introduced the requirements of Mining Business Permits (IUP) in addition to the Coal Contracts of Work (PKP2B) regime, which had been previously introduced.

The new ET Batubara export requirement is the latest in a series of regulations, attempting to control Indonesia’s output and trade of thermal and metallurgical coal.

On 15 July 2014, Indonesia’s Trade Minister issued regulation 39/M-DAG/PER/7/2014 (Regulation 39) pursuant to which an Indonesian coal exporter must secure a permit, an ET Batubara, from the Ministry of Trade in order to be entitled to export and sell coal overseas.

The mining industry had called for a postponement in the implementation of the regulation, expressing concern about the lack of clarity regarding the process of obtaining a licence. There are widespread fears that the sudden change in regime will result in long delays at loadports. Vessels will only obtain clearance to sail if the exporter has provided the required export permit to the local port authorities.

The regulation was originally due to take effect on 1 September 2014. However, to provide additional time for licence applications to be processed, Indonesia’s Trade Minister issued regulation No. 49/M-DAG/PER/8/2014 on 21 August 2014, which revised Regulation 39, requiring Indonesian based exporters to secure their licence before 1 October 2014.

However, there are concerns in the industry that this extension will still allow insufficient time for all legitimate coal exporters to obtain the licence. The principal reason for the delay in implementation is that additional time is needed to process the vast number of applications received. Many miners are facing delays in securing the ET Batubara and the procedure to obtain one is time consuming:

75 of the major Indonesian coal producers hold Coal Contracts of Work. These top tier miners already have CnC certification and should be able to receive their export licences on time.

However, Coal Contracts of Work holders are a minority amongst the thousands of miners who are entitled to produce and sell coal in Indonesia. The majority of producers hold a mining licence called an IUP and it is the IUP holders’ applications that are causing the current delay and uncertainty.

There are currently thousands of applications for ET Batubaras in the pipeline and only a fraction of IUP holders have obtained the certificate. There is still a long list of ET Batubara applications that need to be processed and this is causing concern in view of the fast approaching deadline of 1 October 2014. As a consequence of this backlog, major delays are expected throughout coal exporting ports in Indonesia from 1 October 2014 onwards.

Furthermore, from 1 October 2014, all exported coal will require examination by a surveyor appointed by the Ministry of Trade prior to loading and shipment. The examination process takes one day and leads to the issuance of a survey report (Laporan Survei or LS). The survey report and the ET Batubara are mandatory requirements for registration of a coal export notification called (Pemberitahuan Ekspor Barang or PEB). The survey report is issued for one shipment and one export notification number. If the suppliers’ documents are not in hand or fully compliant, the shipment will be prevented.

The delays in obtaining an ET Batubara have forced many suppliers to suspend offering their coal cargoes until their licence is secured. Many less scrupulous sellers, however, are entering into contract hoping that they will secure a licence by the time of their latest shipment dates under their contracts.

Uncertainty as to whether they will obtain licences by 1 October 2014, is leading some small and medium sized Indonesian coal suppliers to delay their September loading shipments indefinitely. Others have entered into contracts in the hoping of obtaining their licences before the Regulation is enforced on 1 October 2014.

Each case will need to be considered separately and require interpretation of the operative clause in the contract. Typically force majeure provisions may require performance to be prevented due to a defined event outside the party’s control. We have recently seen some Indonesian coal supply contracts listing “compliance with any law and governmental order” as an event triggering the force majeure clause.

Interpretation of force majeure clauses is not always straightforward and this inevitably leaves large scope for debate between the parties. Specialist legal advice is recommended.

In the meantime, traders may wish to enquire whether their trading partners in Indonesia have obtained an ET Batubara licence or are likely to obtain one by 1 October 2014 before entering into new deals with these partners. Traders should also take care to ensure that they are familiar with the force majeure provisions of their sale contracts and in particular check whether these provisions could entitle the suppliers to cancel the contract if the shipment is prevented by the failure to obtain an ET Batubara.

HFW’s Indonesian qualified team of lawyers can advise on the specific requirements in Indonesia, and our dispute resolution team can advise on any failure of performance under the underlying sale contracts.

The Chinese government’s National Development and Reform Commission published new interim regulations on 16 September 2014, which will take effect from 1 January 2015. The stated purpose of these new regulations is to implement the State’s “air pollution prevention plan” by restricting the import, sale and burning of low grade coal – with caps on ash and sulphur content in particular.

Generally, in relation to imports, coal with an ash content of more than 40% and a sulphur content of more than 3% will be banned. More stringent rules will apply to the sale and use of coal in areas most affected by air pollution including the Pearl River Delta, the Yangtze River Delta, Tianjin, Hebei and Beijing, where the applicable ash and sulphur contents will be limited to 16% and 1% respectively.

Other limitations will be imposed on the import and use of lignite containing ash of more than 30% and sulphur of more than 1.5%, and on coal with chemical contents such as mercury and arsenic.

The Chinese government announced the move as a means of reducing the levels of pollution in its cities and addressing the mounting public concern about the environment.

Coal accounts for 65% of China’s source of energy. Approximately 7% of this is imported, a large proportion of which comes from Australia and Indonesia.

Commentators estimate that Australian coal producers will be particularly affected by the new targets, as the country exports an estimated 49 million tonnes of thermal coal to China annually. This is said to contain, on average, 25% ash. Indeed, according to some sources, 80% of the coal exported to China in 2013 exceeded the new ash limit. It may be that some coal producers will be able to meet specifications by washing the coal or by blending high ash and sulphur coal with other coal but this is likely to affect their pricing.

Indonesian coal exports, on the other hand, may not be affected to the same degree - the ash and sulphur content of their coal is reportedly typically less than 10% and 1% respectively. Potentially, should Australian producers be forced to wash or blend their coal (and as a result increase their price), demand for cheaper compliant coal from Indonesia may increase.

The Coal Industry Department (and other similar departments) have been named as being responsible for the implementation and supervision of the measures. No doubt further and more detailed provisions will follow, including details of the consequences of non-compliance. According to the regulations, the quality of imported coal will be analysed and reported to the State Quality Supervision Testing Quarantine Department every six months.

The impact on the environment, economy and coal producers is still unclear, and many question the efficacy of the new regulation, particularly with regards to the reduction of emissions.

These regulations will inevitably affect many long-term coal supply contracts – there will no doubt be instances where previously acceptable coal will be prohibited for import from January. Coal producers with a market presence in China will need to conduct an immediate review of their contracts to assess the impact of this regulation on their business and begin to consider cost-effective solutions prior to the regulation coming into force on 1 January 2015. 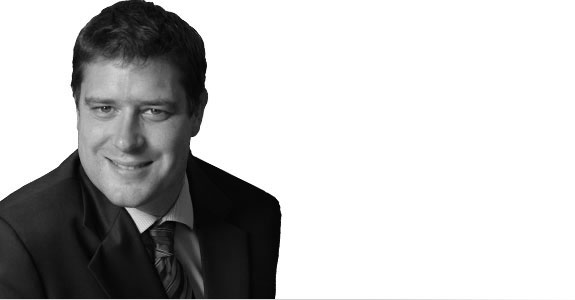