USAA Texas Lloyds Company v. Gail Menchaca - Clarifying the relationship between an insured’s contract and statutory bad faith claims. Or does it? April 2017

On April 7 2017, the Texas Supreme Court issued its opinion in USAA Texas Lloyds Co. v Menchaca in an attempt to fulfill its “duty to settle the conflicts” created by confusion surrounding its prior decisions involving an insured’s various claims against its insurance company. The issue before the Court was whether an insured can recover policy benefits based on a jury finding that the insurer violated the Texas Insurance Code when the violation resulted in a loss of benefits that the insurer should have paid, even though the jury found that the insurer did not fail to comply with the policy.

In Menchaca, the insured claimed property damage under her USAA policy after her home sustained damage during Hurricane Ike. USAA sent an adjuster to investigate the claim. USAA paid no benefits after the adjuster found that the covered damage did not exceed the policy’s deductible. After the insured requested a re-inspection, a different adjuster confirmed the initial findings and USAA again refused to pay benefits. The insured sued USAA for breach of the insurance policy and for unfair settlement practices under the Texas Insurance Code. The case was tried to a jury in Montgomery County, north of Houston, Texas.

The first jury question related to Menchaca’s breach of contract claim and asked whether USAA “failed to comply with the terms of the insurance policy with respect to the claim for damages filed by [the insured] resulting from Hurricane Ike.” The jury answered “No.” Question number 2, which was not predicated on or made conditional on an affirmative answer to the first question despite USAA’s objection at the charge conference, asked whether USAA engaged in various unfair or deceptive trade practices in violation of the Texas Insurance Code, including whether USAA refused “to pay a claim without conducting a reasonable investigation” with respect to the claim. The jury answered “Yes.” The third question asked the jury to determine damages defined as “the difference, if any, between the amount USAA should have paid [the insured] for her Hurricane Ike damages and the amount that was actually paid.” The jury answered “US$11,350.”

USAA moved for judgment in its favor arguing that the insured was not entitled to statutory damages under the commonly held belief that an insurer cannot be liable for bad faith when the jury found no breach of the policy. Conversely, the insured moved for judgment in her favor arguing that she was entitled to judgment because the answers to questions two and three, which found and awarded bad faith damages, were not predicated on a “Yes” answer to question one. Ultimately, the trial court decided to disregard question one and entered judgment in the insured’s favor based upon the answers to the other questions. The court of appeals sitting in Edinburg near Corpus Christi, Texas affirmed the trial court’s judgment in favor of Menchaca.

Initially, the Supreme Court admitted its prior holdings involving claims of bad faith against insurers resulted in “substantial confusion” among the lower courts. The Supreme Court hoped to clarify its precedent by outlining five rules addressing the relationship between contract claims under an insurance policy and tort claims under the Texas Insurance Code. The five rules are:

The Menchaca opinion resulted in no new precedent, rather, the Supreme Court used its opinion as an opportunity to clarify past precedent giving no guidance on how the clarified rules applied to the underlying facts of Menchaca’s claim. Instead, the Court declined to fault either party for the perceived confusion over the legal precedent created by Texas courts and found that the parties’ “shared confusion prevented a proper resolution” of the claim. The Court ultimately held that the trial court and court of appeals erred in disregarding the jury’s answer to question one, reversed and remanded the case back to the trial court for a new trial.

It is unclear what prompted the parties to incur the expense of trial and multiple appeals in what might be considered a case poised for an economically efficient and early settlement. Though grateful for a chance to retry the case, the parties likely expected finality after reaching the Texas Supreme Court. The opposite occurred; additional legal expense and uncertainty awaits.

The Court intended to provide clarity to insureds, insurers and their respective counsel perhaps in an effort to bring about greater chances of settlement in such cases. But no good deed, however well intended, goes unpunished. We foresee future plaintiffs relying on Menchaca to assert more claims under rule 2 – The entitlement to benefits rule and rule 3 - The Benefits-Lost Rule. This, in turn, will raise litigation expense for all parties as Court’s will now be faced with allowing discovery on claims sanctioned and recognized by the Texas Supreme Court. Summary judgment on statutory bad faith claims that insureds often assert as a matter of course – without any substantive merit – will likely be made more difficult further increasing litigation expense. Though Menchaca involved a first party claim, the extension of Menchaca into third party claims wherein the insured seeks defense and possibly indemnity from its liability insurer is likely inevitable.

Interestingly, the recent opinion comes at a time when lawsuits just like Ms. Menchaca’s are facing scrutiny in the current Texas legislative session. Proposed legislation known as SB10 is being considered as a means to curb the onslaught of suits filed by insureds for alleged insurer misconduct. While there may be some credence to some of these suits, that each contain allegations of bad faith strains credulity. SB10 aims to increase pre-suit notice requirements and resolution efforts by imposing thresholds for the recovery of attorneys fees by a claimant seeking property damages. Insurers may also seek potential procedural advantages by accepting responsibility for acts of their agents, which would include employees, agent, representatives, and adjusters who perform acts for the insurer. This could stem the filing and prosecution of suits in state court against persons named as defendants solely to avoid federal court jurisdiction.

As a consequence of the Menchaca opinion and pending legislation, and to avoid unnecessary claim and litigation expense, renewed attention to the factual nuances of each case early in the claims handling phase will benefit all parties – insureds, insurers and the burgeoning dockets in the Texas state and federal court system. 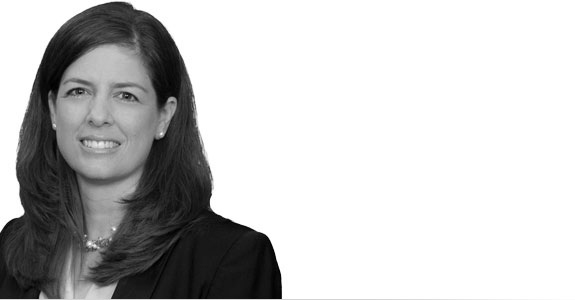