Cargo damage during a voyage: Who is responsible?

This decision of the English Supreme Court will be of wide interest to carriers and cargo owners. It is directly relevant to sugar traders, particularly in the context of containerised cargoes. If damage occurs to cargo during a voyage, the Supreme Court has ruled that where the Hague Rules (the "Rules") apply and cargo is shipped in good order, the starting point is that the carrier is responsible for damage. The carrier must rebut that presumption. If the carrier seeks to rely on inherent vice as a defence, it must show that it took all reasonable steps to protect the cargo from damage and that the inherent vice caused the damage.

Green coffee beans were shipped from Colombia to Northern Europe in unventilated containers, as the cargo owners had specified. The bills of lading, which were governed by English law and incorporated the Rules, were on LCL/FCL terms, making the carrier contractually responsible for preparing the containers for carriage and loading the bags of coffee into them.

Coffee beans, like sugar, are a hygroscopic cargo: they naturally lose and absorb moisture in relation to the ambient conditions. Coffee beans are commonly carried in either ventilated or unventilated containers. If carried in unventilated containers from warmer to cooler climates, coffee beans are likely to emit moisture which condenses against the roof and walls of the containers. Moisture damage to the cargo can be prevented by dressing the containers i.e. lining the roof and walls with an absorbent material.

In this case, despite the containers being lined with Kraft paper (although the evidence did not establish what weight or how many layers of paper were used), some of the coffee beans were found on outturn to have suffered damage from condensation. Cargo owners claimed that the carrier was in breach of its obligation under Article III.2 of the Rules to properly and carefully load, handle, stow, carry, keep, care for and discharge the cargo. They alleged negligence on the part of the carrier in failing to use adequate or sufficient Kraft paper to dress the containers. The carrier argued that it had met its obligations under Article III.2 of the Rules by lining the containers and that it was entitled to rely on the 'inherent vice' exception under Article IV.2(m), because the coffee beans were unable to withstand the ordinary incidents of the voyage in terms of the levels of condensation forming on such a voyage. The cargo owners' response was that any inherent characteristic only led to damage because of the carrier's negligence.

First Instance and Court of Appeal

The Commercial Court2 at first instance found there was a presumption that any damage during shipment had been caused by the carrier's negligence and that it was for the carrier to prove otherwise. Coffee beans are routinely carried in containers from warmer to cooler climates without damage and, in this case, the carrier was unable to show it had taken all reasonable steps to care for the cargo. The carrier was unable to rely on the inherent vice exception because it could not show that inherent vice had caused the damage (by providing evidence that the measures taken to line the containers should have been enough to prevent damage).

The Court of Appeal3 overturned this decision, holding that the carrier could establish a 'prima facie' case of inherent vice by proving that the moisture which caused the damage had come from the coffee beans themselves. This shifted the burden of proof onto the cargo owners to demonstrate that the damage was not caused by an inherent vice, but by the negligence of the carrier.

The Supreme Court4 overturned the Court of Appeal's decision. It held that where cargo is shipped in good order and damage is caused during shipment, a carrier seeking to rely on the inherent vice exception has the burden of proving that the effective cause of the damage was the inherent vice and not the carrier's own negligence.

"The mere fact that coffee beans are hygroscopic and emit moisture as the ambient temperature falls may constitute an inherent vice if the effects cannot be countered by reasonable care in the service contracted for, but not if they can and should be."

The fact that effective measures can be taken to protect the coffee from damage arising from its inherent hygroscopic characteristic (i.e. its tendency to emit moisture) demonstrates that this inherent characteristic does not always result in damaged cargo. The measures taken must have been insufficient in this instance.

For sugar traders, especially those shipping cargo in containers, this judgment identifies clearly who has the burden of proving the cause of, and liability for, damage during shipment in cases where the carrier has prepared and stuffed the containers. Where the Hague Rules apply, and cargo is shipped in good order, the starting point is that the carrier is responsible for damage. If the carrier is able to prove that it has not been negligent, and seeks to rely on inherent vice, it must show that it took all reasonable steps to protect the cargo from damage and that the inherent vice caused the damage.

When shipping sugar in containers, it would be helpful to set out in the contract precisely what is required to protect the cargo from damage – for example, by specifying that containers should be lined (and how) to absorb moisture.

If you would like to read HFW's briefings on the earlier judgments in this case, please see links below: 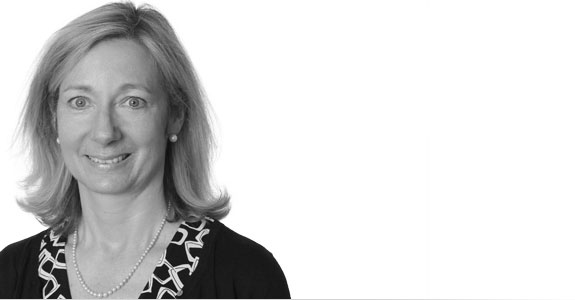