Can there ever be a bad time to demand the provision of security?

Hyundai Merchant Marine (Hyundai) was in the middle of a short charterparty chain when the Head Owners of the MV "K AMBER" refused voyage orders to East African ports in 2010. The sub‑charterers, Island View Shipping (IVS) commenced arbitration against Hyundai for damages which they claimed initially as US$687,722. Hyundai claimed an indemnity from the Head Owners.

The arbitrations did not proceed concurrently although the tribunals in each were the same, and the Court was only concerned with the IVS/Hyundai arbitration.

Both sets of proceedings went very slowly, and eventually the Respondent parties (Head Owners, and Hyundai) applied for the respective Claimant parties' claims to be dismissed for want of prosecution under section 41(3) of the Arbitration Act 1996, in January 2017.

In between, as the arbitrators and later Sir William Blair sitting as a Judge of the High Court heard, Hyundai had experienced well‑publicised financial difficulties, which led to a period of intense negotiations with creditors in 2016 with a view to restructuring Hyundai's business. Hyundai, eventually, achieved a successful restructuring in June 2016.

Prompted by this publicity, in February 2016 IVS demanded security to be put in place for their claim. Security had been requested back in 2011, but Hyundai had not provided it, and IVS did not press the request. They did however insist on security being provided in 2016, when Hyundai was at a particularly sensitive time in those discussions. This course of action proved fateful.

After the security was in place, in September 2016, the arbitrators found no further steps were taken to proceed with IVS' claim up to the time Hyundai's application was made. They accepted Hyundai's argument that during the period from end April 2016 to 20 January 2017 IVS' objective was obtaining security rather than progressing the arbitration. They found that inordinate and inexcusable delay had taken place, in three periods, and IVS were responsible for it. The first requirement for dismissal under section 41(3) was therefore satisfied.

In the section 41(3) application, Hyundai argued unfairness had been and would be suffered by way of fading memories and loss of records, in particular, in the hands of the Head Owners. Under the head of "discretion", Hyundai itemised the expense it had to incur in putting up and maintaining the security bond which it provided in September 2016. IVS responded that Hyundai had unreasonably delayed in providing security, and that by providing security Hyundai had induced them to continue the proceedings. In reply, Hyundai referred to the timing of IVS' security request, contending that it could have had a potentially disastrous effect on the restructuring negotiations if one of its ships had been arrested.

The arbitrators, in a balanced Award dated 27 July 2017, held that the substantial risk of unfairness as regards the deterioration of evidence, which Hyundai had primarily relied on, did not avail Hyundai. However, they went on to find that serious prejudice was made out, in the following terms:

"Serious prejudice is, however, a different matter. We are satisfied that the delay has already resulted in a significant increase in costs in defending the claim. Hyundai have also been obliged to put up substantial security for Island View’s claim in terms of a cash deposit. We consider that this case ought properly to have come before us for a decision in 2013, or perhaps 2014 at the latest. As we suspect that Hyundai would not have been threatened with an arrest of one of their ships prior to their financial difficulties of 2016, we are therefore satisfied that there is a clear causal link between the delay and the substantial financial prejudice Hyundai have incurred in providing Island View with security for their claim. Island View’s demand also came at a most inconvenient time for Hyundai, when they were restructuring their fleet and reorganising their financial affairs. The mere threat of the arrest of one of their ships exposed Hyundai to further prejudice as it might have had a disastrous effect on their restructuring programme. As we are satisfied that the inordinate and inexcusable delay has already caused serious prejudice to Hyundai, we have decided to exercise the power given to us by Section 41(3) of the Act and dismiss Island View’s claim. ..."

It is to be noted that the jurisdiction to dismiss a claim for want of prosecution under the Arbitration Act 1996 no longer matches the similar jurisdiction in the High Court under CPR Rule 3.4, as the 1996 Act power is based on decisions such as Birkett v. James [1978] AC 297 which followed a more formulaic approach than the current practice in the High Court. The present case is one of surprisingly few authorities on dismissal in arbitration under section 41(3) of the 1996 Act.

IVS applied for permission to challenge this Award, both under section 69 (appeal on "error of law") and section 68 ("serious irregularity") of the Arbitration Act 1996. They argued that the "increase in costs" as found by the Tribunal was not capable of constituting relevant prejudice; and that the serious prejudice as found by the Tribunal – i.e. an increase in costs, especially relating to the bond provided as security for the claim – had not been argued before the Tribunal and the decision had been reached without giving them a fair opportunity to present their arguments on it.

Permission to appeal on the issue of law was refused by Cockerill J in November 2017, saying the authorities as to non‑trial prejudice are applications of the tribunal's discretion to the facts, and the Tribunal's finding in this case fell within the range of permissible solutions open to them. That left the section 68 "serious irregularity" application.

The Court, in a reserved judgment handed down on 24 May 2018, dismissed IVS' application. The Judge described it as "not an altogether easy case" but came down firmly on the side of Hyundai, mentioning among others the following important considerations:

The actual circumstances of the "K AMBER" decision are exceptional. At one level, six years after the dispute arose, the arbitrators clearly considered the claim was stale, and IVS were responsible for the delay. Nevertheless serious prejudice in the more usual sense of deterioration of the evidence was not made out by Hyundai. As an exercise of discretion, the case is a salutary reminder that once six years have slipped by, a tribunal may take little persuasion that relevant prejudice has been suffered, and of the Court's reluctance to second‑guess that decision. IVS were provided the security they demanded from Hyundai; but when the arbitrators' discretion came into play, in the application under section 41(3), their demand brought IVS more than they had bargained for.

Should you have any questions, please do not hesitate to contact the author of this briefing: 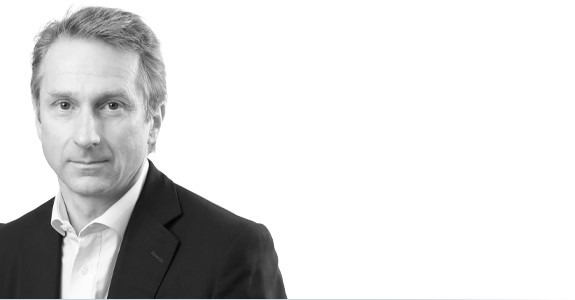