COVID-19 Classified as a Natural Disaster by Pennsylvania Supreme Court; Could this Affect Coverage Litigation Arising from COVID-19?

A recent decision from the highest court in Pennsylvania ratifying government action in response to COVID-19 could have unintended consequences in coverage litigation over insured’s claimed business interruption losses.

In mid-April, the Pennsylvania Supreme Court rejected petitioners’ emergency efforts to overturn an executive order from the Pennsylvania governor that closed non-life-sustaining businesses to slow the spread of COVID-19.

The petitioners included a committee formed to assist the candidacy of a state representative, a real estate agent and a golf course/restaurant owner. Each petitioner fell within a “not life sustaining” category of entities adversely affected by the governor’s order, which declared a natural disaster and ordered such entities to shut down and remain closed.

Under Pennsylvania’s Emergency Code, the governor has broad authority to declare a state of emergency arising from a natural disaster, which includes a “catastrophe, which results in substantial damage to property hardship, suffering or possible loss of life.” Upon the declaration of a disaster emergency, the Governor gains broad powers, including, inter alia, controlling the “ingress and egress to and from a disaster area, the movement of persons within the area and the occupancy of premises therein.” 35 Pa.C.S. § 7301(f)(7). After reviewing the emergency motions, the Supreme Court found the Pennsylvania governor acted within his power to declare a natural disaster and control ingress and egress within the state of Pennsylvania. In particular, when analysing whether COVID-19 was akin to the specific disasters (tornados, hurricanes, etc) referenced in the Emergency Code, the Court stated,

To the contrary, the only commonality among the disparate types of specific disasters referenced is that they all involve “substantial damage to property, hardship, suffering or possible loss of life.” In this respect, the COVID-19 pandemic is of the “same general nature or class as those specifically enumerated,” and thus is included, rather than excluded, as a type of “natural disaster.” DeVito Opinion, at 24.

While the governor’s declaration and the Pennsylvania Supreme Court’s ruling upholding the declaration had nothing to do with insurance coverage or policy interpretation, the holding could have significant implications in the wave of business interruption cases being filed by insureds in courts across the United States. Insureds may use such an argument when filing business interruption claims based upon closures mandated by a local or government authority. A State’s invocation of its police power to declare a natural disaster and limit access to an insured’s business may arguably support an insured’s right to recover damages depending on the particular policy wording at issue. Such a claim would be bolstered by the insured’s use of the governor’s emergency declaration of a natural disaster premised upon the potential for loss of property in an effort to trigger business interruption coverage.

It will be some time before the numerous BI claims arising out of the COVID-19 pandemic are resolved. As the claims and suits progress, interested parties will need to remain cognizant as to how seemingly unrelated external factors – such as the ruling of the Pennsylvania Supreme Court in a non-insurance case – could bear on coverage.

However, at the core of each coverage case is an insurance policy that sets forth the rights, obligations and remedies for the contracting parties. That should be where the coverage inquiry begins and ends. Because the novel coronavirus has impacted the global economy in unprecedented ways, the analysis of coverage involving COVID-19 related claims likewise could be expanded to give credence to external factors and arguments regarding natural disasters such as are contained in the DeVito opinion. 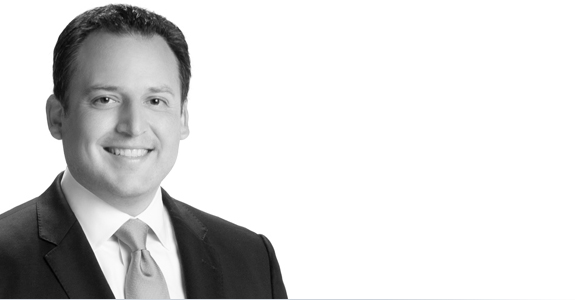