Given the rapid global spread of the virus, the outlook for businesses is changing on a daily basis, with clear potential for further escalation, resulting in insurance implications across multiple lines.

Business interruption (BI) cover is usually provided in combination with property insurance. Cover under standard wordings is typically triggered where the insured’s business is interrupted by physical damage to insured property at the insured’s defined premises.

There is likely to be considerable debate as to whether the presence of COVID-19 on insured property/ in the insured’s premises amounts to physical damage. Policies rarely define what is meant by physical damage. Common law cases have held contamination to amount to physical damage in certain circumstances,1 and it is established that such damage can be temporary2 and reversible.3 However, such authorities will have limited application in Kuwait and the broader region, and the lack of any legal definitions or binding precedents for the meaning of physical damage will no doubt provide fertile grounds for considerable debate on this issue.

The presence of exposed persons alone is unlikely to be sufficient and further consideration can only be had where insured property is actually contaminated. Expert evidence as to the extent of contamination and, critically, the duration for which the virus stays active is likely to be required. Such scenarios will be very fact specific.

Careful consideration of any contamination exclusion will also be important as some market wordings expressly exclude contamination as a result of viruses etc.

It is important to appreciate that any BI must be proximately caused by the physical damage. As such, the fear of contamination or general down-turn in business as a result of the outbreak is not itself sufficient. In most cases, any covered BI caused by physical damage is likely to be limited in duration and will be significantly impacted by the waiting period / time deductible as set out in the policy.

Adjustments of BI losses arising in these circumstances are likely to be complicated and an assessment will be needed of the impact of the overall market conditions as a result of the outbreak as well as “other consequences” which may have had an impact upon the insured’s business. Policies may also include an ‘alternative premises’ clause under which the adjustment will expressly take into consideration any benefit to the insured’s business at alternative premises. This may be particularly relevant if such premises have spare capacity given the overall market conditions.

Cover may also exist under the property section for decontamination costs; this may be the subject of an applicable extension. Cover for such costs is usually subject to a sub-limit and there may be debate as to the number of events and aggregation issues. Some decontamination extensions also expressly require a specific legal obligation from the relevant authority to trigger cover and may still be subject to the requirement of physical damage to insured property at the insured premises. The existence of a decontamination extension will not always, therefore, result in an indemnity for such costs and careful consideration of the relevant clause will be required.

In certain circumstances, damage related ‘denial of access’ cover may be triggered. This may be extended to cover the situation where there is physical damage in the ‘vicinity’ of the insured premises. In both scenarios, there is generally a requirement that the access to the premises is hindered or prevented as a result of the action or order of the police or relevant authority.

In practice, BI cover is more likely to be triggered as a result of COVID-19 where the policy contains a relevant non-damage BI extension for infectious diseases. Such extensions can take various forms. One common form sets out a list of ‘specified’ diseases and covers BI arising from the occurrence of such disease at the insured premises that causes restrictions on the use of the defined premises on the order or advice of a competent authority. However, given the timing of the outbreak, currently active policies written on this basis are unlikely to expressly include cover for COVID-19.

Another common format provides cover for closure of part or whole of the insured’s premises by an order of a competent/public authority as a result of an outbreak of a ‘notifiable’ human infectious disease. The key issue here being that there must be a legal obligation to notify the presence to the relevant authority. In certain jurisdictions, this will take the form of a specific order. In these circumstances, BI occurring prior to the disease becoming legally notifiable is not generally covered.4

However, in certain jurisdictions, such as Kuwait, the default position is that any infectious disease is legally reportable. Taking Kuwait as an example, the relevant law5 sets out a number of named diseases which can then be amended as and when new diseases are discovered. Most recently, Ministerial Resolution No.29 of 2020 added COVID-19 to the list. Whilst the authorities may therefore amend the legislation to expressly refer to new diseases, or may issue circulars making it clear that any new disease must be reported, the default position remains that diseases of this nature are legally reportable from the outset. As such, in jurisdictions with these reporting requirements, cover may be triggered from a far earlier date than would be the case in jurisdictions requiring an additional act by the relevant authority to declare the disease to be “notifiable”.

Cover can also be extended in respect of business interruption caused by physical damage and non-physical damage to properties or attractions, other than the insured premises, within the vicinity of the insured premises. Such clauses are often the subject of a sub limit and aggregate limit. The burden of proof is likely to be on the insured to prove cover has been triggered. Where the vicinity is significant, for example 25km, and the insured premises are in a metropolitan area, then the insured is unlikely have any significant difficulties in this regard. However, remoter locations and smaller vicinities may cause issues where public information on the exact location of contamination/outbreak is limited. Causation, consideration of the effects of the pandemic outside the vicinity, timing of the loss and issues of aggregation are likely to be highly relevant.

Cover may be extended to BI losses as a consequence of damage to property anywhere else in the world of any supplier or customer. In these circumstances, such damage is treated as if it is damage to the insured property at the insured’s defined premises and subject to the other terms and conditions of cover. This may in principle be relevant in the current scenario where global supply chains have been severely impacted. The critical issue here is whether there has been physical damage at those suppliers/ customers’ premises. Moreover, investigating those incidents, given their geographical location and in circumstances of reduced travel and accessibility, may prove to be extremely challenging. There is also potential scope for consideration of non-damage BI triggers being combined with contingent BI cover, to the effect that cover is provided for BI arising, for example, from closure of a supplier’s premises in China (or elsewhere), by order or action of a relevant authority as result of a ’specified’ or ‘notifiable‘ disease.

Although the reaction to the spread of the virus has varied around the globe, as we note above, travel restrictions are increasingly commonplace and in certain countries gatherings above a certain size are now prohibited (albeit on a temporary basis). Whether enforced or as a result of prudent/pragmatic decision making, numerous events around the world have been cancelled or are likely to be cancelled. As a result of this, the market is likely to face a consequent uptick in event cancellation insurance (ECI) claims.

ECI is a type of contingency insurance and typically operates to cover defined insured occurrences relating to a scheduled event, such as cancellation, abandonment, postponement, interruption, curtailment or relocation, on an all risks basis, unless the cause is otherwise excluded.

Many ECI policies contain an exclusion for communicable diseases. These exclusions often expressly refer to certain previous global disease events (e.g. SARs, Avian Flu). However, in addition to excluding cover for expressly named communicable diseases, such exclusion clauses may also contain a sweep-up provision relating to “any other” flu variant or communicable disease leading to some sort of restriction on movement of people/goods (in some cases, the wording is directly linked to official classifications of the relevant disease, for example, by the World Health Organisation).

In many wordings, the communicable disease exclusion may also expressly exclude from cover any events cancelled due to the “threat” or “fear” of a pandemic or of some type of restriction on movement resulting from the spread of the disease, whether or not the spread of the disease in question has been officially labelled a pandemic or actually had this effect. Determining cover in these cases will require a careful analysis of when precisely the spread of COVID-19 could reasonably be considered to have given rise to such a threat/fear and how this applies in the context of the relevant cancelled event.

Burden of proof and causation

In seeking to rely on this exclusion, a further key issue is the burden of proof. Typically, the burden of proof would be on insurers to prove that any particular loss is excluded by virtue of an exclusion clause i.e. in this case that the cancellation of the event was proximately caused by COVID-19 (in some fashion). However, certain policy wordings seek to contractually shift the burden of proof onto the insured and the effectiveness of such wordings will need to be carefully considered. Again, whichever party ultimately bears the burden of proof will likely need to obtain expert evidence in support of their position.

Generally, parties will likely need to obtain expert evidence in any event in order to determine whether the proximate cause of the cancellation of the event was related to COVID-19 or to some other event. If there are competing proximate causes then the effect of this will need to be carefully analysed in accordance with the relevant governing law of the policy.

Depending on appetite for the risk, it is possible to include or buy-back cover for cancellation occurring to communicable diseases. Triggers for such bought-back cover vary but usually some sort of governmental/authority restriction is required, with voluntary cancellation (for example due to anticipated reduction in attendance) not sufficient to trigger cover.

Subject to appetite for the risk, cover can also in fact be purchased for reduced attendance but again, some formal restriction on travel is often required to trigger the same.

Going forward, it is likely that insurers will seek to expressly exclude cover for ECI occurrences arising out of COVID-19. Even if not, and given the current situation, there remains a question as to whether any such occurrence would have the required element of fortuity in order to trigger cover. However, given the rapidly changing nature of the outbreak this issue is likely to be highly complex.

As ever with insurance claims, the critical point is to take care to check the wording of any policy. Whilst there are standard wordings in the market, bespoke amendments/clauses are also common and the cover available will always be dependent on whether the loss in question falls within the scope of the specific policy wording taking into account any applicable exclusions. Insurers and insureds alike must also bear in mind that interpretations of policy wordings may differ between jurisdictions, with the same or similar clauses potentially having very different effects. 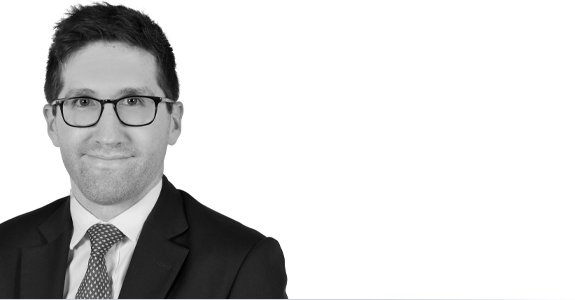