The Comprehensive Iran Sanctions, Accountability, and Divestment Act (CISADA), signed into law on 1 July 2010, has expanded US sanctions against Iran and amends the Iran Sanctions Act (ISA). CISADA/ISA applies to all persons (including non-US businesses) doing business with Iran’s petroleum sector. A summary of CISADA appears in the Annex to this briefing.

On Thursday 4 November 2010, HFW hosted a consultative discussion involving two US Government officials (Tom Delare, Director General Terrorism Finance and Economic Sanctions Policy in the State Department and Stephen Goldrup, an economic attaché at the US Embassy in London) and around 20 clients. The State Department introduction to HFW was facilitated by Steve Laino of Polaris Maritime, New York.

Mr Delare is heading the US Government’s initiative to “engage with international business to get buy-in on the sanctions” (our synopsis) and he gave the main presentation. His focus, as part of the State Department, is on the energy sector, as opposed to the finance sector, which falls within the remit of the US Treasury.

The clients attending represented a broad cross-section of those involved in international commerce, including ship owners, charterers, logistics companies, insurance and reinsurance brokers and companies, P&I insurers and financial institutions. Some of the guests preferred to remain anonymous while others were happy to disclose their identities and exchanged details with the US Government officials.

Mr Delare stressed from the outset that the US Government wants to engage constructively with the international business community on the implementation of Iran Sanctions and that he expected that the feedback from a meeting such as this would be very helpful to them in understanding the concerns of business people.

His presentation was smooth and informative (as one would expect from a senior diplomat), although it became evident that Mr Delare’s preference was to talk about the bigger picture rather than dwelling on the nitty-gritty of some of the detailed questions being directed at him. He also mentioned the fact that he is an economist by training rather than a lawyer and will need to refer certain issues to the State Department lawyers. He oversees CISADA but does not regard himself as an expert in the relevant industries and he was therefore seeking to gain a better understanding of how these industries work.

Mr Delare believes that in some ways the EU sanctions regime is more onerous than CISADA.

He identified Naftiran Intertrade Company (NICO), a Swiss-based subsidiary of the National Iranian Oil Company, as the first business to be sanctioned under CISADA. This case has been publicised to warn other companies against cooperating with Iran.

Mr Delare also indicated that a number of European companies had taken advantage of CISADA’s “special rule” to protect themselves from sanctions by assuring the US Government (following lengthy discussions) that they had ceased doing business with Iran, and would not continue investing in Iran. Mr Delare said that the US Government is very conscious of not losing support from the EU.

The State Department is, however, concerned about appropriate due diligence. The State Department reviews press reports, trade press and propaganda in the Iranian press and Mr Delare hinted that more persons would be designated under the US Sanctions rules (as materialised later in November 2010).

There was then a full and frank exchange between the audience and the US Government officials, chaired by HFW Partner Jonathan Webb.

The main concern to emerge from the clients who were present at the meeting was that, while most present might support the objectives behind the sanctions (at least in principle), they were concerned at the prospect of their commercial activities being criminalised due to circumstances beyond their control.

They explained that this risk was exacerbated by the particular nature of shipping and trade transactions with numerous parties and complicated inter-related chains of carriage, sale, insurance and financing contracts, such that it was very uncommon (if not impossible) for everyone involved in each aspect of the trade to know the identity of all other participants. Supplemental concerns included uncertainty as to what the exercise of due diligence entails in this context and the additional cost to businesses of having to deal with the sanctions regimes, in a situation where there is little or no guidance as to how the sanctions will be implemented.

Mr Delare made reassuring noises in response and accepted that there were some complexities with CISADA. In particular, he stressed that the US Government is not out to “take scalps” and criminalise the conduct of ordinarily law-abiding businesses. Warnings will generally be issued before legal action is taken.

A concern was raised by the banking sector about their responsibility (under CISADA) for their customers’ actions and commercial decisions about where to trade vessels which the banks had financed. Mr Delare’s initial comment was that banks and others should know their customers, but it was explained to him that companies had to rely on their customers to have conducted their own due diligence, so that the ultimate customers were known.

There was also discussion of the extent to which it was sufficient to include an obligation on a borrower to repay monies if it transpired that the underlying transaction was illegal, but Mr Delare was not able to provide guidance on these points.

A member of the insurance industry asked whether it was sufficient, in the context of an insurance policy, to include a defence to cover where it transpired that the underlying transaction was prohibited by the sanctions, or a payment would breach the sanctions regime. Again, Mr Delare was not able to provide definitive guidance.

There was also discussion of “treaty” reinsurance, and the particular difficulties faced by the treaty reinsurer and/or its retrocessionaire reinsurer in identifying the individuals and the transactions which had been insured. The approach of HM Treasury (which encourages an open dialogue, without fear of reprisal) was highlighted to Mr Delare.

A number of clients also raised specific concerns about their industries and their businesses. A key point, which was emphasised to Mr Delare more than once, was the nature of the shipping and trade industry, with complicated inter-related chains of carriage, sale, insurance and financing contracts, involving numerous parties and jurisdictions.

Questions were raised as to whether Mr Delare anticipated the scope of CISADA being extended in the near future to include prohibitions on unrefined Iranian crude products. Mr Delare’s response was that in order to maintain a multilateral approach toward Iran the “crude has to keep flowing” and that he did not envisage a change to this policy.

Mr Delare agreed that there were a number of points that needed to be clarified and indicated that the State Department would shortly start publishing some guidelines. The first will be on aircraft refuelling which he suggested could apply by analogy to ship bunkering.

He confirmed that he would be reporting back to “the Hill” on how the sanctions legislation is working and how the system might be improved and that the input he had received was very helpful. The State Department would also try to publish guidelines on appropriate due diligence. In concluding, Mr Delare stressed again that the US Government is not seeking to alienate business. They would prefer the sanctions regime to be seen as sensible and to establish a broad consensus, with as many businesses as possible supporting the sanctions.

The US officials indicated that the meeting had been very helpful from their perspective and that HFW had provided exactly the sort of platform they were looking for to initiate a dialogue with the shipping, trade, insurance and related financial sectors in London.

There is talk of some sort of consultative process being set up so that interested parties can continue their dialogue with the State Department. Mr Delare provided his email address to everyone present and encouraged people to contact him direct. Where clients would prefer to channel any queries through HFW, we are of course very happy to do this

The above is a bullet point summary of some of the key aspects of CISADA and is not intended to provide comprehensive legal advice on the topic. The situation is fluid and the interplay of CISADA and the EU sanctions regime creates a legal minefield.

When faced with a particular practical issue, the best advice is to consult your preferred lawyer with sanctions expertise. HFW is not a US law firm, but we work closely with colleagues in the United States, as well as through our own network of offices in Europe, the Middle East, Asia Pacific and Australia, to provide both a local and a global perspective on sanctions issues. 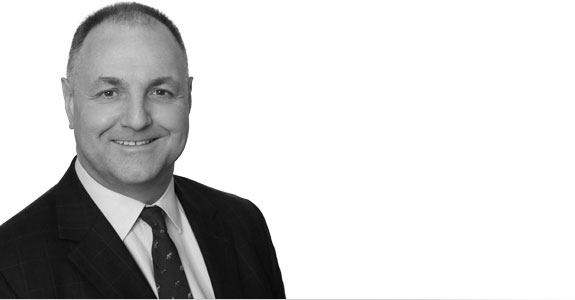