With the North Sea oil and gas industry under immense pressure following the recent dramatic fall in oil prices and high production costs, the Chancellor of the Exchequer, George Osborne, has used the Budget 2015 to deliver a much needed support package to the industry.

The Chancellor announced a set of measures, together worth an anticipated £1.3 billion, designed to encourage investment and improve the commercial viability of less profitable fields, including:

Corporation tax on North Sea production, which is ring fenced, remains at 30%.

This measure implements the Government's intention (announced in the 2014 Autumn Statement) to introduce a simplified and more generous basin-wide investment allowance, following consultation with industry. The types of deductible expenditure have yet to be clarified, in particular in relation to the previously announced cluster area allowance, designed to encourage investment in ultra-high pressure, high temperature clusters. However, it is interesting to note that, in its industry consultation paper published in January 2015, the Government stated that deductible "investment expenditure" would include expenditure on infrastructure, and invited suggestions from industry regarding other forms of expenditure which should qualify as "investment expenditure". The publication of the consultation will be eagerly anticipated in this respect.

The Chancellor also announced a reduction in the Supplementary Charge on North Sea oil revenues paid on top of the ring fence corporation tax to its pre-2011 level of 20%, backdated to 1 January 2015. Although it was widely anticipated that the Government would cut the supplementary charge in the 2015 Budget, the extent of this cut is at the upper end of industry expectations, and greater than many will have anticipated. This is a significant fillip for the industry and will bring the headline tax rate on revenues from oil and gas fields not liable for Petroleum Revenue Tax (PRT) down from 60% to 50%.

Given that PRT is only chargeable in respect of revenues from fields for which consent for development was obtained before 16 March 1993, this measure is specifically targeted at the more mature fields in the North Sea. By cutting PRT, the Chancellor has brought down the maximum marginal rate from 81% to 67.5% with the aim of ensuring that such fields (often those with the highest operating costs) remain commercially viable. It remains to be seen whether it will be sufficient to prevent the decommissioning of older fields should global oil prices remain low.

The Office for Budget Responsibility estimates that the North Sea oil production will increase by 15% by the end of the decade as a result of the measures contained in the Budget 2015. In addition to the fiscal reforms, the Chancellor also indicated that the Government would provide funding for seismic surveys in under-explored areas of the UKCS, although much will depend on the actual extent and timing of this funding. The package of measures is indeed significant and will be seen as a welcome respite for the North Sea oil and gas industry. Nonetheless, the challenges facing the industry remain substantial and, should oil prices remain low in the medium term, radical action may be needed in order to protect and preserve the industry. 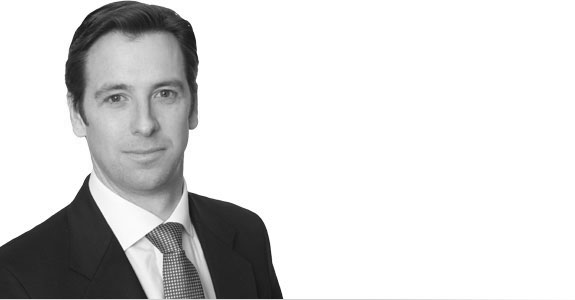