In Air and Liquid Systems Corp. v. DeVries, the U.S. Supreme Court held that, in the maritime law context, a manufacturer of an asbestos-free product can be liable for injuries caused by parts with asbestos created by third parties that were later incorporated into the manufacturer’s product.

Kenneth McAfee and John DeVries, former members of the U.S. Navy, manned several vessels throughout their combined 23 year service. At that point, many navy vessels were outfitted with pumps, blowers, turbines, and other equipment. These products required asbestos insulation or asbestos parts in order to function as intended. The asbestos fibers, if inhaled or ingested, can cause various illnesses. McAfee and DeVries allege that their exposure caused them to develop cancer.

They sued five businesses – Air and Liquid Systems, CBS, Foster Wheeler, Ingersoll Rand, and General Electric. Many of the manufacturers delivered their equipment to the navy without asbestos. Instead, it was the navy that added the asbestos components at issue. Specifically, the manufacturers asserted the “bare metal defense,” arguing that their products-as-supplied contained only “bare metal” and they should not be liable for injuries caused by third party components installed at a later date.

After invoking federal maritime jurisdiction and removing the case to federal court, the manufacturers successfully moved for summary judgment on the ground that they should not be liable for harm caused by later-added asbestos-containing materials. The Third Circuit, by contrast, vacated and remanded, holding that the manufacturers were liable if the harm from application of the asbestos was foreseeable.

In a 6-3 decision, the Supreme Court held that under the general maritime law a product manufacturer has a duty to warn “when its product requires incorporation of a part, the manufacturer knows or has reason to know that the integrated product is likely to be dangerous for its intended uses, and the manufacturer has no reason to believe that the product’s users will realize that danger.”

The Court began its analysis by reciting the three common approaches used to determine a manufacturer’s duty to warn:

The Court dismissed the first and second approaches as being ill-suited to the admiralty context. In its view, the foreseeability rule “swe[pt] too broadly” and would create “uncertainty and unfairness to manufacturers.” On the other hand, the bare metal approach goes too far in the other direction, the Court opined. Specifically, the Court likened a manufacturer with constructive knowledge that a product requires incorporation of a part that the manufacturer knows or has reason to know is likely to make the integrated product dangerous for its intended use to a manufacturer whose product is dangerous in and of itself.

The Court rejected the manufacturers’ argument that warning by manufacturers will be counterproductive and impractical, first by referring to economic literature suggesting that “the product manufacturer will often be in a better position [to warn] than the parts manufacturer,” and second by scoffing at the suggestion that the warning requirement will “meaningfully add” to existing disclosure obligations.

Ultimately, the Court held that the third approach – requiring the product manufacturer to warn when its product requires incorporation of a part that makes the integrated product dangerous for its intended uses – is especially appropriate in the maritime context because the maritime law has always recognized a “special solicitude for the welfare” of mariners. The Court noted that this approach strikes a balance between the foreseeability rule and the “bare metal defense” by only requiring a warning from a manufacturer “when its product requires” a part in order for the integrated part to function as intended.”

The Court affirmed the District Court with respect to DeVries and McAfee’s strict liability claims, and remanded for further proceedings on their negligence claims.

Justices Thomas and Alito joined in a dissent penned by Justice Gorsuch, which stated that the Court should have applied the traditional common law rule that places on manufacturers a duty to warn only with regard to products they actually manufactured. The dissent found this rule would be both simpler to apply and would properly incentivize manufacturers to warn of the dangers of their own products.

DeVries enumerates a three-part standard imposing a duty to warn when (1) the manufacturer’s product requires incorporation of a part; (2) the manufacturer knows or has reason to know that the integrated product is likely to be dangerous for its intended uses; and (3) the manufacturer has no reason to believe the product’s users will realize that danger.

For further information, please contact the author of this briefing: 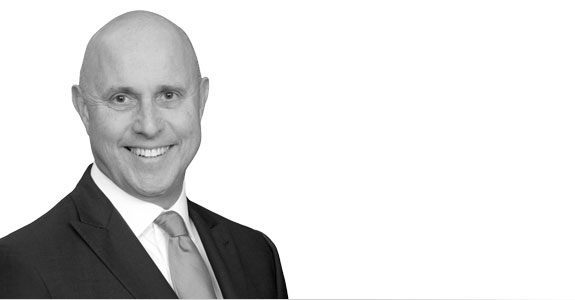