Brexit, the EU, and foreign and digital currencies, August 2016

With the outcome of the recent national referendum still reverberating both within and outside the UK, and with speculation rife as to the nature of the UK’s immediate and long-term political and commercial futures, it would be easy to overlook that equally dramatic events may also erupt in countries on the European mainland.

For several years, some countries, most notably Greece, have been close to abandoning the use of the euro or of leaving the EU altogether. It remains to be seen whether the UK’s slender majority decision to leave the EU triggers similar action elsewhere, possibly leading to mass defections, or whether it will act to strengthen the resolve of the remaining members to work together towards stability. The UK has retained its own national currency, so its disentanglement from the EU, although a complicated procedure, will not be as complex as for any of the remaining members, who all (apart from Denmark) have adopted the euro.

These are clearly challenging times for UK financial services and businesses in general and, but for developments in English law initiated in the late 20th century, London would probably have ceased to remain an attractive forum for international litigation. However, between 1976 and 1978 decisions were taken by the judicial committee of the House of Lords, then the UK’s supreme appeal court, which allowed claimants to recover debts and damages assessed in a foreign currency where that formed a more appropriate solution than giving judgment in sterling. This enabled London to retain its position as an attractive centre for high value litigation during periods when sterling was in decline1.

During the last 40 years many and varied situations have been investigated by the English courts where there is a foreign currency issue, and general guidelines have been laid down for a number of situations. Among the important issues that occur in relation to many contractual disputes is the determination of the proper currency for an award of damages where this has not been expressly provided for in the contract. Often, under the new regime, neither the currency specified in a contract for the measure of remuneration or other fixed payments (often referred to as the currency or money of account), nor the currency, if different, specified for the discharge of such sums (the currency of payment), will determine which currency is the most appropriate one in which to express damages. Rather, regard will generally be had to the currency in which a claimant’s loss is effectively felt by him. This is very similar to the way in which damages in tort are now expressed.

In effect, the greater certainty of result associated with the previous regime, when losses were always expressed in sterling, has been displaced by a system which seeks to provide better justice. Combined with the increasing trend for the assessment of damages away from the date of loss (the former ‘breach-date’ rule), and towards whatever date is most appropriate in the particular circumstances, the new currency regime is more likely to result in a fair award, particularly where a foreign currency is involved. The new procedures have not, however, been fully worked out, and there remain areas of uncertainty where significantly different outcomes could be achieved by an alert and well-informed litigant.

Another exciting area where there have recently been rapid developments is with digital currencies, the best known of which is Bitcoin, a form of alternative or token money. It is a volatile, open source, decentralised, peer-to-peer cryptocurrency, and involves cryptography in its production and transfer. It uses a mechanism known as a blockchain to register and authenticate all transactions. Since its introduction in 2009 Bitcoin has achieved some notoriety as the medium of payment used by the now-defunct underground website known as the Silk Road, which was engaged in selling drugs, money laundering and trading in guns; but it has also been used lawfully. The technology underpinning Bitcoin has other wide-ranging potential uses, as illustrated by a recent report by the UK Government’s Chief Scientific Adviser2.

Meanwhile, in a judgment handed down on 22 July 2016, Judge Teresa Pooler of the 11th Judicial Circuit of Miami-Dade County, Florida, dismissed charges that a defendant who dealt in Bitcoin was engaged in ‘money laundering’ or was operating an unlicensed ‘money services’ or ‘money transmitting’ business, expressing the view that Bitcoin ‘has a long way to go before it is the equivalent of money’3.

John has specialised in litigation where the determination of the proper currency of a claim often plays a vital role. He is a co-author with Michael Howard QC and John Kimbell QC (both of Quadrant Chambers) of Foreign Currency: Claims, Judgments and Damages, published by Informa Law from Routledge on 18 July 2016. The book deals not merely with claims in contract and tort, but with every type of claim that might raise an issue in relation to a foreign currency, and it proposes principled answers to currency issues that have not yet been the subject of judicial decision. 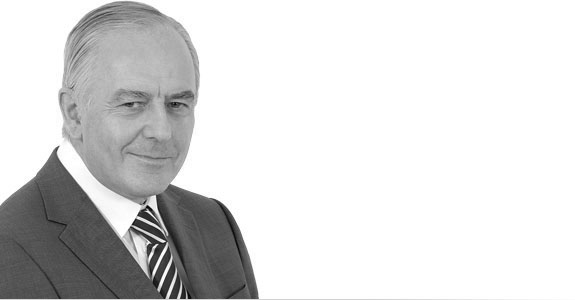