Brexit and commodities derivatives regulation: Recent developments and their impact on commodities businesses

Negotiations for a post-Brexit trade deal now seem likely to go down to the wire. With the end of the transition period fast approaching and increased warnings of a slim or no deal, the future regulatory landscape for commodities businesses remains unclear.

Commodities businesses may ultimately be less affected by Brexit than, for example, their banking counterparts. However, this does not mean that the sector is immune. A ‘no-deal’ outcome will lead to a wide range of challenges for UK and EU commodities derivatives market participants.

Notably, you will be affected if:

Further details in respect of each of the above, and their impact on commodities businesses, is set out below. Please note, however, that this list is not exhaustive and those in any doubt as to their regulatory exposure should seek expert advice.

MiFID II 1 limits the size of positions companies can hold in commodity derivatives traded on a trading venue. Those position limits also include economically equivalent over-the-counter (OTC) contracts. On 28 July 2020, the EU financial services regulator the European Securities and Markets Authority (ESMA) issued an opinion to clarify that commodity derivatives traded on a third-country trading venue are not OTC (provided that the trading venue meets certain criteria) and that the positions resulting from trading such contracts should not count for the purposes of the EU position limits regime. To supplement its opinion, ESMA also published a list of third country venues that meet the relevant criteria to bring them outside the definition of OTC. On 27 October 2020 ESMA added UK trading venues to this list. Consequently, from 1 January 2021 commodity derivative contracts traded on those UK trading venues on the list will not be considered as OTC contracts for the purposes of the EU position limit regime.

This assessment is independent of the European Commission's decisions on equivalence.

In Brexit Policy Statement PS19/5 and a recent statement of 1 October 2020, the UK regulator, the Financial Services Authority (FCA) explained that EU 'Level 3' materials 2 such as ESMA opinions will not be incorporated into UK law. While such materials will remain relevant to market participants' compliance with the FCA's regulatory requirements, the FCA will adopt a "pragmatic approach" to supervision and enforcement of adherence to EU Level 3 materials. Businesses are advised to interpret such materials accordingly in light of Brexit – to borrow another legal expression, they may be treated as persuasive but not binding.

COVID-19: Amendment to the position limits regime and scope of the hedging exemption

On 24 July 2020, the European Commission published a Market Recovery Package in response to the COVID-19 pandemic. The package includes the following amendments to the MIFID II commodities position limits regime:

These proposals are currently under consideration by the EU regulators and the nature of their transposition into the UK regulatory regime remains uncertain. The FCA remains committed to maintaining high regulatory standards and we expect it to be broadly supportive of the proposals. Whether it adopts them in whole, in part, or at all, in due course and following the end of the Brexit transition period, remains to be seen.

At the end of the transition period, the UK will become a "third-country" under MiFID II and UK firms will lose their passporting rights. It is currently unclear whether the EU will make an "equivalence" decision in respect of the UK financial regulatory regime, but even if it does, the resulting framework of rights available to UK firms will not be equivalent to passporting. In addition, the EU can unilaterally revoke any equivalence decision granted, meaning any future divergences from the EU carry an inherent risk.

The UK is establishing its own equivalence framework that will allow EEA firms to operate in the UK under a Temporary Permissions Regime (TPR). This will take effect at the end of the Brexit transition period and will last for a period of three years (unless extended by HM Treasury).

On 23 September 2020, the FCA published a consultation paper on its approach to international firms. It is not Brexit-focused, but it will nevertheless be of particular interest to EEA firms entering the UK's TPR with a view to obtaining full FCA authorisation later.

The 'onshoring' process (whereby UK-only versions of existing EU regimes are adopted in the UK with effect from the end of the Brexit transition period) means that the requirements for firms and other regulated persons will change in some areas. To help firms adapt, the Treasury has given UK financial regulators the power to make transitional amendments to financial services legislation for a temporary period. This is known as the "Temporary Transitional Power" (TTP).

The FCA intends to apply the TTP widely from the end of the transition period until 31 March 2022. However, in some key areas, the FCA expects firms to prepare for their new obligations by 31 December 2020. These include MiFID II transaction reporting, EMIR (The European Markets Infrastructure Regulation) reporting and certain requirements under MAR (The Market Abuse Regulation).

Where the FCA does apply the TTP, firms and other regulated persons are expected to take reasonable steps during the TTP period to ensure full compliance with the onshored regimes by 31 March 2022.

On 1 October 2020, the FCA published an updated version of the FCA Handbook to show the rules that will apply at the end of the transition period.

Subject to any relevant equivalence decision, there will be conflicting derivative trading obligations (DTOs) under the UK and EU versions of MiFID II.

The EU/UK MiFIR (Markets in Financial Instruments Regulation) DTOs obligate trading on EU/UK-regulated or equivalent third-country trading venues in certain circumstances.3 To date, the EU has adopted equivalence decisions in respect of (i) US swaps execution facilities (SEFs) regulated by the CFTC and (ii) certain derivative trading venues in Singapore, but no UK trading venues. Therefore, counterparties will be unable to comply with both EU and UK MiFID II DTOs when trading the most liquid standardised contracts other than by trading on a US SEF.

This could increase costs for commodities businesses, as they will operate in a less liquid market.

On 21 September 2020, the European Commission adopted a time-limited decision that UK CCPs will be considered equivalent to EU CCPs under EMIR for 18 months from 1 January 2021 to 30 June 2022. This is intended to give financial market participants time to reduce their exposure to UK CCPs. Similarly, on 28 September 2020, ESMA announced it will recognise the three UK CCPs as eligible to provide their services in the EU for the same period.

Notably, the European Commission's decision is revocable and could be re-assessed at any time in light of political, market or other developments.

The UK's TPR will give EEA businesses and CCPs temporary permission and recognition under UK law from 1 January 2021 for a period of three years. During this time, they can seek full authorisation or recognition in the UK.

On 7 October 2019 and again on 1 October 2020, ESMA issued a public statement on the possible implications of a no-deal Brexit on the so-called 'REMIT carve-out': under the terms of Section C(6) of Annex I of MiFID II, "wholesale energy products" that (i) must be physically settled and (ii) are traded on an EU Organised Trading Facility (OTF) are excluded from the MiFID II definition of commodity derivatives (and, therefore, amongst other things, not subject to MiFID II position limits and position reporting requirements). Under REMIT, the following are considered "wholesale energy products": (i) derivatives relating to electricity or natural gas produced, traded or delivered in the EU and (ii) derivatives relating to the transportation of electricity or natural gas in the EU, irrespective of where those derivatives are traded.

According to ESMA, it follows that in the event of a no-deal Brexit:

The outcome of the Brexit negotiations will have important consequences for commodities businesses active in the UK and EU derivative markets.

However, it must also be borne in mind that, whatever the outcome of the Brexit negotiations, significant changes to the UK's regulatory landscape are on the way:

It is clear that, for both regulators and firms (such as commodities businesses trading derivatives under MiFID), there is much work to be done, both now and in the longer term.

If you are concerned about the potential impact of a no-deal Brexit on your commodities business, or any of the matters set out in this briefing, please contact its authors. 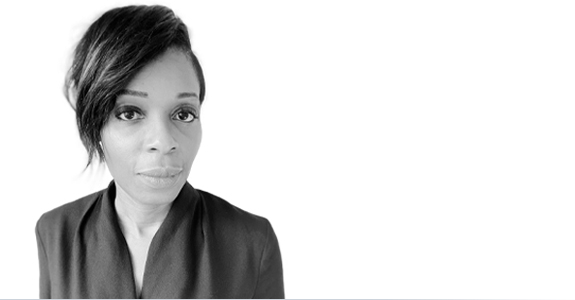 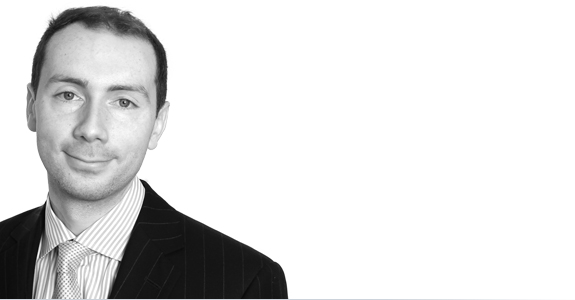