In this regulatory round-up, we highlight the forthcoming changes to EU legislation in the package travel sector – long-awaited and the first significant amendments to the law in this area for 25 years.

The new rules are likely to impact airline sales far more widely than the existing outdated law in this area and airlines need to start preparing themselves now to understand how their businesses will be affected. We also summarise recent important directions from International Civil Aviation Organisation (ICAO) as to the carriage of e-cigarettes, now recognised as a safety concern when carried on board aircraft. Finally we note further changes to rules on what payment card surcharges can be passed on to passengers.

The regulation of package holidays in the EU dates from the early 1990s – a very different age in terms of how holidays were put together and purchased, and long before the advent of online bookings, dynamic packaging and low cost air carriers. The law in this area has therefore been in need of updating for many years. At the end of May 2015, ministers in the EU Competiveness Council reached a political agreement on revisions to the Package Travel Directive which should now finally result in a new directive later this year. The revisions are intended to amend the definition of a ‘package’ to make it more appropriate for the way consumers now buy their holidays and also introduce a number of important changes for those selling holidays. Airlines selling ancillary products (hotels, car rental and the like) are likely to find themselves bound by some or all of the new directive so should be considering now the potential impact on their business.

Airlines have occasionally found themselves bound by the existing Package Travel Directive but could generally avoid its application if they chose to do so by exercising care in the way they structured their “add-on” sales (hotels, car rental, etc). The ambit of the revised directive is such that the structure of many airline ancillary sales may now fall within the definition of a customised package or linked travel arrangement. To that extent, airlines may be required to provide insolvency protection to cover refunds and repatriation where that has not previously been needed. Some sales may even constitute a full ‘package’, attracting a raft of additional rules and regulations that will need to be complied with including provision of information on the package; rights to cancel if the price increases more than 8%, cancellation rights and liability for the arrangements being sold.

The final text of the directive is expected later in 2015 followed by a two-year implementation process in EU Member States. As soon as the directive is published, airlines should be focussing on how it will impact their businesses and on the consultation processes which will ensue in EU Member States as national regulations are adopted to give effect to the new EU rules.

It is thankfully a rarity but there have been cases where lithium batteries have caught fire on board aircraft, sometimes resulting in very serious consequences. International regulation recently turned its attention to e-cigarettes, which are mostly powered by lithium batteries, following concerns over a number of incidents of such devices being accidentally activated, resulting in fires in checked baggage.

On 15 June 2015, ICAO, following recommendations it made in late 2014, amended the 2015 edition of its Technical Instructions for the Safe Transport of Dangerous Goods by Air (chapter 1, table 8-1, page 8-1-8), prohibiting passengers and crew from carrying e-cigarettes and other battery powered smoking devices in checked baggage. Charging of any such devices in an aircraft cabin is also prohibited. IATA’s Dangerous Goods Regulations also reflect these requirements and IATA issued its own guidance on e-cigarettes in May 2015.

Whilst a number of airlines already provide clear instructions to passengers that electronic smoking devices can only be carried in hand baggage, others do not currently carry specific information on their websites. In addition to the safety imperative of ensuring that passengers are aware of, and are complying with, these restrictions, carriers assist their own risk management and liability exposures if they are able to demonstrate straightforwardly that passengers have been given clear instructions and warnings. Airlines are therefore recommended to consider whether their websites or other instructions issued to passengers require amendments to address e-cigarettes specifically.

Retailers, including airlines, which customarily apply surcharges to the use of credit cards by their customers should note forthcoming further EU legislation which will affect that practice. In June 2015, the Committee for Economic and Monetary Affairs approved the final text for the revised Payment Services Directive (PSD2). The package of revisions aims to ensure consumers are better protected, payments are more secure and interchange fees are further regulated.

Interchange fees, charged by banks when consumers use a payment card, can be controversial. The fees are seen to push up the costs to retailers, which are in turn passed on to consumers. The proposed directive seeks to reduce interchange fees significantly (0.2% of the transaction value for consumer debit cards and 0.3% for credit cards) and to prohibit retailers from surcharging card payments which are subject to the reduced interchange fees. Broadly speaking, this will cover most, if not all, credit and debit card transactions.

Payment surcharges across the EU are already subject to regulation, having been addressed in the 2007 Payment Services Directive (PSD1). However, PSD1 only went so far as to limit surcharges to the costs borne by the retailer for processing the payment. PSD2 now goes further and seeks to prohibit the practice of surcharging all together.

The European Parliament is scheduled to hold its final vote on 6 October 2015. Member States will then be given up to two years to transpose the directive into domestic legislation. 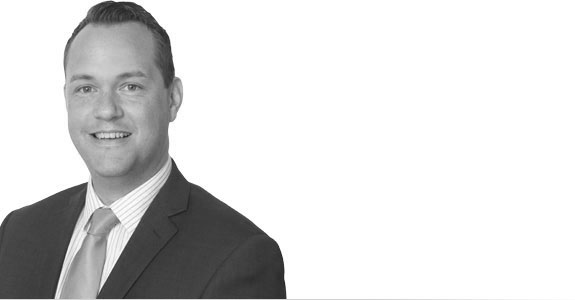