The digital shipping revolution is well underway. Significant developments have taken place with Maritime Autonomous Surface Ships (MASS) over the last few months, and the global autonomous shipping industry is predicted to grow into a $136 billion industry by 2030. In this latest briefing, we provide an update on the work we have been doing at HFW; the latest news from the International Maritime Organization (IMO) on its regulatory scoping exercise; and recent developments worldwide.

“Collision" between an autonomous vessel and a Handymax bulker!

Not a real incident, but the scenario for HFW’s annual P&I week which took place between 9th and 11th October. The fictional scenario involved a collision between an autonomous vessel and a bulk carrier in UK territorial waters following a cyber-attack and explored a range of issues arising from that, including: the legal implications of MASS; cyber risks; casualty investigation with a MASS vessel; and the role of H&M and P&I insurers following a major casualty.

The location of the “collision" was in territorial waters, because it is envisaged that is where most MASS will initially operate 1 for which national legislation will apply; at least until the IMO scoping exercise is complete.

Some interesting legal and practical points arose from the presentations, particularly cyber risks and that autonomy is not a panacea for preventing accidents caused by human error. We raised the issue that while many reports focus on human error causing around 75% to 95% of insured losses, little has been said or published about the number of accidents avoided by human intervention.

Another key concern for MASS is insuring against the risk of cyber-attack. Currently most insurance policies exclude cyber events, but it is our view that such exclusions will have to be reconsidered if insurers are to keep abreast of emerging technology.

We also discussed how a collision involving a MASS would be investigated. A number of national marine accident investigation branches might have reservations as to how an investigation should be carried out on board a MASS, but it is our view that the principles of investigation are unlikely to change. An Accident Investigation Board would seek to find out what went wrong and why, while lawyers’ investigations will focus on identifying breaches of the collision regulations and whether those breaches were causative of any loss. The presentations also highlighted that what will change is the nature of the factual investigation and possibly the types of expert called in to identify fault. In respect of investigating matters of fact, would it be the ship’s master or a designated person ashore carrying out the duties of a master that would be interviewed? Would technical issues require an expert software programmer? In any event, there is likely to be more data available from the plethora of sensors that would make the reconstruction of events simpler, which has become easier in recent years in conventional ships fitted with AIS and voyage data recorders.

The conclusion at the end of the week was that autonomy is an evolution in shipping, rather than a revolution. While small unmanned MASS will be used to carry out more routine tasks such as survey operations, and vessels such as the Yara Birkeland or Cloudborne will become more prevalent, in the immediate future we are likely to see autonomous technology being adopted in existing conventional ships to assist with collision avoidance and bridge situational awareness. Operating unmanned ships with conventional propulsion on the high seas would be challenging and would likely require seafarers. The immediate challenge facing MASS owners will be operating MASS with conventional ships and pleasure craft in the same congested waters.

In addition to P&I week, HFW’s Autonomous Group has given a number of presentations on the legal implications of autonomy, including to Swiss Re; the Global Maritime Insurance Academy run by Willis Towers Watson; at the 14th Annual International Colloquium at Swansea University; and to the UK Department of Transport.

The focus of the International Colloquium at Swansea University was New Technologies and Shipping/Trade Law. Members of HFW’s Autonomous Group presented a paper entitled “Autonomous Shipping and Maritime Law" dealing with the international regulatory and legal framework that will govern the use of MASS. This paper, together with the other papers presented at the event, will be published by Informa in the New Year.

The IMO’s Maritime Safety Committee (MSC) recently met for its 100th session at the IMO’s headquarters in London (3-7 December 2018). The purpose of the latest MSC meeting was to continue with its scoping exercise to address how the safe, secure and environmentally sound operation of MASS may be introduced in IMO instruments 2, which is due to be completed in May 2020.

The MSC was given a glimpse of the future with videos from Rolls-Royce and Wärtsilä. Rolls-Royce showed a trial of a fully autonomous ferry voyage in Finland (see further below); and Wärtsilä reported on the remote-controlled operation from San Diego, of an offshore vessel operating off Aberdeen 3.

Branko Berlan, the International Transport Workers Federation Accredited Representative to the IMO, questioned whether seafarers are indispensable. His message was that seafarers are still key to the safe operation of ships and, while seafarers are prepared for new technologies and automation, automation is an evolution rather than a revolution, a view with which we agree.

As discussed above, it is often reported that the majority of insured marine losses arise from human error but that the intervention by humans to prevent accidents is left unreported. Such statistics can therefore be misleading, and we note Mr Berlan’s suggestion that the number of marine accidents is less than 5% of all ships operating in excess of 100 tonnes 4, which puts matters in perspective. Perhaps, with the review being carried out by the IMO in their scoping exercise, there is a requirement to implement some form of compulsory ‘near miss’ reporting requirement? There are already a number of voluntary schemes in place but no formalised requirement that has been implemented into international law5.

Development of MASS in the UK

On 5th September, the UK Chamber of Shipping’s “Autonomy in Shipping" event explored recent developments in MASS with input from a wide range of speakers including representatives from the Department of Transport, the IMO, Wärtsilä, Stena Line and Trinity House. The event was attended by a broad range of individuals from shipowners, P&I Clubs and third party advisors. The IMO’s scoping exercise was of particular interest, including discussions regarding whether the IMO would be able to respond quickly to this developing technology.

It was announced in October 2018 that the UK Maritime & Coastguard Agency and two other British agencies have been awarded a £1 million grant by the UK Government, which will be used to launch a Maritime Autonomy Regulation Lab to pioneer new ways of regulating the MASS and smart shipping industries.

In the defence sector, Thales recently opened a UK Centre of Autonomy at Turnchapel Wharf in Plymouth for the development, assessment and certification of autonomous systems.

Maritime UK has launched an updated version of its Industry Code of Practice, a year after its initial launch in November 2017 6. The original version focused on the design and manufacture of vessels and we reported on this in our November 2017 briefing7. The updated version adds new guidance on the operation of MASS with a particular focus on skills, training and vessel registration8.

There has been a raft of MASS demonstrations since our July 2018 briefing.

In August 2018, Purple Water’s Giano tug towed the 10,000 dwt barge Archimedes for 264 nm of a 430nm voyage while being remotely-operated from a land-based control centre. In Finland, Finferries and Rolls-Royce have demonstrated what they claim to be the world’s first remote and autonomous ferry demonstration, which included auto-docking9 in the Turku archipelago; ABB remotely piloted the ice-class passenger ferry Suomenlinna II through a test area near Helsinki harbour; and Wärtsilä carried out a dock-to-dock autonomous voyage of its RoRo Folgefonn.

In Germany, a Marine Traffic Alert and Collision Avoidance System has been demonstrated at Wilhelmshaven. The project aim is similar to that used by the collision avoidance systems available in aircraft 10.

It is clear that the automation of shipping is developing at a fast pace and the recent demonstrations in Finland demonstrate that the technology is already available. While some of these projects are still in their infancy, they show that operating unmanned MASS is achievable in the short term. We will continue to monitor with interest and report on the developments with the IMO and how the insurance industry is responding. In the meantime, just as society has had to come to terms with driverless trains and autonomous and driverless cars, passengers on ferries will have to start considering if they are comfortable travelling on unmanned ships. For some, this may perhaps be too soon, as it is currently for passengers travelling in aircraft. However, the revolution that is Shipping 4.0 is well under way.

Dates for your diary

HFW is planning to attend the events below next year, and we look forward to meeting some of you there.

For further information, please contact the members of the HFW Autonomous Group: 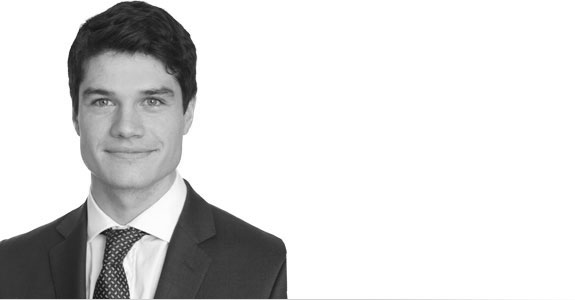 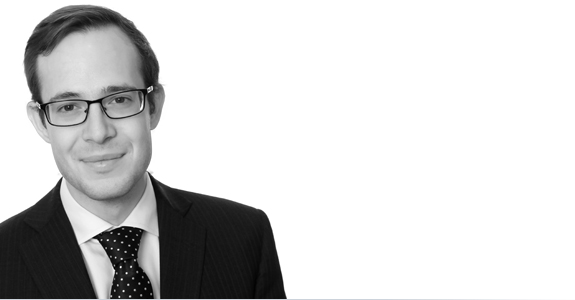