On 2 September 2021, the Offshore Electricity Infrastructure Bill 2021 (Cth) (the Bill) was introduced into the Australian Federal Parliament. The Bill seeks to establish a regulatory framework for new offshore electricity generation and transmission infrastructure in Commonwealth waters.

Should the Bill pass, it will introduce a new regulatory regime for Australia's nascent offshore wind sector, as well as potentially encourage other offshore renewable energy projects such as wave, tidal and thermal technologies that tie back to the national electricity grid.

In comparison with some countries, Australia has moved slowly towards offshore electricity generation. Although there has been some recent progress towards the commencement of Australia's first offshore wind power development, namely the proposed 'Star of the South' project offshore Victoria, the nation lacks an underlying and comprehensive regulatory framework. Recent reviews of existing legislation have identified that an offshore electricity sector would need to coexist with other sectors and activities, such as fishing and shipping. 1 The Bill seeks, in part, to balance these competing interests while facilitating and regulating offshore electricity development.

The Bill clearly contemplates a future where offshore renewables form an important part of the nation's energy mix. For projects closer to realisation, it is said that the Bill will facilitate the Marinus Link – the proposed 1,500 megawatt transmission line between Tasmania and Victoria 2 – as well as provide much-needed legislative and regulatory certainty for developments such as 'Star of the South'.

The proposed Bill is significant and likely to have far-reaching consequences for future participants in the offshore electricity sector seeking to develop new projects, as well as those who have begun early stage development. We highlight some of the main features of the Bill below.

Overview of the Bill

The proposed new legislation primarily regulates the infrastructure that forms part of offshore electricity and renewables projects, including in relation to licensing, construction, installation, commissioning, operation, maintenance and decommissioning. In this regard, there are similarities to the existing Australian regulatory regime for offshore oil and gas developments.3 Indeed, the Bill proposes that the relevant regulatory authorities will include the current offshore petroleum regulators.

The Bill protects other maritime stakeholders, including those involved in oil and gas developments, by requiring new offshore electricity projects to take into account their potential impacts on existing users of an offshore area. Certain offshore areas may be excluded from electricity infrastructure development if it cannot be demonstrated that the impacts of new projects will be appropriately managed or mitigated.

The Bill introduces a licencing regime prohibiting any offshore electricity development without prior approval. Offshore electricity infrastructure will be "protected", in a way similar to the treatment given to offshore oil and gas assets with safety and protection zones. Licences will be designated for commercial, research or transmission/infrastructure purposes with different approaches taken in each case.

Rather than impose an entirely new environmental approvals scheme, the Bill looks to the existing framework of approvals under the Environmental Protection and Biodiversity Conservation Act 1999 (Cth). Developers and offshore licence holders will be expected to produce and update approved "Management Plans" that will set out how they intend to manage potential environmental impacts and risks of any new infrastructure.

Importantly, licence holders will be required to provide financial security to cover any decommissioning costs associated with the proposed infrastructure, to be assessed on a case-by-case basis. 4

As is the case with offshore oil and gas developments, environmental management, safety, day-to-day operations and enforcement of rules and regulations, will be overseen by the National Offshore Petroleum Safety and Environmental Management Authority (NOPSEMA). The proposed legislation will have 'teeth', allowing NOPSEMA to monitor and enforce compliance in line with the rigorous approach taken to offshore oil and gas exploration, development and production. Unsurprisingly, the cost associated with this increase in the scope of NOPSEMA's jurisdiction is proposed to be recovered, or partially offset, through a series of fees and levies on industry participants.

Implications and next steps

The Bill seeks to regulate all stages in the lifecycle of offshore electricity and renewable energy infrastructure developments, and clarify the obligations and expectations of those granted licences to operate such projects. How well the Bill achieves those aims – and to what extent this may facilitate the growth of an industry still in the early stages of development in Australia – remains to be seen.

There is no doubt that while the proposed new legislation would provide regulatory clarity to those seeking to develop renewables offshore, there will be significant additional costs and red tape associated with new projects. For instance, hefty decommissioning liabilities – a substantial cost and risk where offshore assets are concerned – could make some entrants into the sector wary of large-scale developments.

Nevertheless, the Bill is good news for the Australian energy industry, taking Australia another step closer to taking advantage of its excellent offshore wind resources – with about 12 prospective wind projects identified by developers. It is also good news for hydrogen project developers, with the Australian Energy Market Operator identifying four significant offshore wind zones all close to ports that could serve as major renewable hydrogen export hubs.

The Bill is currently before the House of Representatives, and will no doubt be subject to further scrutiny and debate, and possible amendment, as the Parliamentary process continues and industry watches on. HFW will be monitoring the developments and we will provide further updates on these much-anticipated changes. 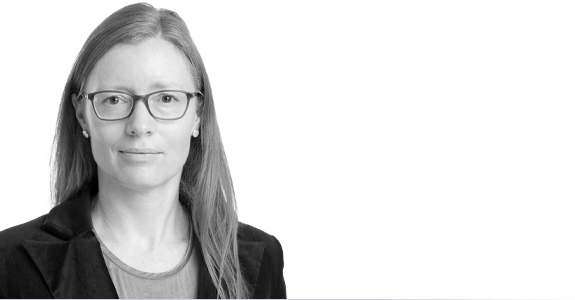