In Grand Famous Shipping Limited, et al. v China Navigation Co., the United States Court of Appeals for the Fifth Circuit reviewed the traditional duties owed by a time charter to third parties in tort. Though asked by Plaintiffs to broaden these duties, the Fifth Circuit found their “arguments are unmoored from reality.”2

The Court started its opinion with a scholarly review of the three basic types of charter parties (time charter, voyage charter, bareboat charter). The case arose out of a serious allision in the Houston Ship Channel involving a vessel, a barge, and a dock. The Pilot onboard the M/V Yochow ordered the helmsman to go hard starboard to commence a swing to the right through a bend in the channel. The helmsman erroneously went hard port which brought the vessel into a basin where the articulated tug and barge unit Independence/Barge OSG 243 (the barge) was docked. The Pilot immediately realized the helmsman’s error and countermanded the helmsman’s orders. The vessel continued to port.

The Pilot had the option of increasing engine speed to put more water over the vessel’s rudder but declined. He feared that if the vessel did not swing quickly enough to starboard, there was a risk that it would collide with the tugboat instead of the barge. The tugboat was the manned unit where the off-watch crew lay sleeping. Instead, the Pilot ordered full astern and drop anchors. Unfortunately, the Yochow made contact with the barge. There was $20 million dollars of damage to the dock, and $1 million of damage to the barge. There were no personal injuries.

The barge owner and the dock lessee sued both the vessel’s owner and the time charterer for their allision damages. The Court found their attempt to drop anchor in China Navigation’s “pocketbook” to be based upon two theories.

The Court first evaluated if the Grand Navigation exercised sufficient operational control over the Yochow such that it would be considered a de facto owner. In defining a time charterer, the Court noted:

In a time charter, the ship’s carrying capacity is taken by the charterer for a fixed time for the carriage of goods on as many voyages as can fit into the charter period. Again, the owner retains all control for management and navigation.4

The Fifth Circuit commented “one of the very reasons why an entity would choose a time charter is precisely to avoid undertaking the responsibilities of ship navigation and management or the long-term financial commitments of vessel ownership.”5 The Court highlighted the language found in the New York Produce Exchange form used by Grand Famous and China Navigation:

Nothing herein stated is to be construed as a demise of the vessel to the Time Charterers. The Owners shall remain responsible for the navigation of the vessel, acts of pilots and tug boats, insurance, crew, and all other similar matters, same as when trading for their own account.6

The Court commented that the parties could have structured their agreement differently and shifted responsibility for the Yochow’s management and navigation to China Navigation - they didn’t.

The Court found the painting of house colors and logo by the time charterer “had nothing to do with China Navigation’s exercising operation control over the Yochow and everything to do with its exercising its rights under the time charter.” Listing the Yochow as “operated” in its 2016 Sustainability Report should be viewed in the proper context. The evidence indicated the designation of “operated” was to distinguish the Yochow from vessels from that China Navigation listed as “owned” and/or “managed.”

The Court then turned to the second course set by the Plaintiffs in their attempt to drop anchor in China Navigation’s pocketbook: China Navigation acted negligently as a time charterer. The Court found this question hinged on whether Grand China owed a duty to vet Grand Famous’s finances and safety management protocols prior to entering into the charter party. Plaintiffs argued that had China Navigation done so and ensured that Grand Famous had diligently investigated the ship manager, Beikum, it would have discovered that neither had the ability to support the safe operation of the Yochow. Charterer China Navigation argued that as a matter of law, as time charterer it had no duty to vet the Yochow’s owners or managers, nor was it obligated to vet their financial stability. The Court agreed stating “[W]e’re on board with China Navigation.” It explained: “the general rule under traditional principles of admiralty law is that “a time charterer who has no control over the vessel [] assumes no liability for negligence of the crew or unseaworthiness of the vessel absent a showing that the parties to the chartering intended otherwise.”8

The Court explained that in routing the vessel or instructing it to call at a certain port, the time charterer is acting within its traditional sphere and would owe a duty of care. The Court stated:

In this circuit, time charterers owe “a hybrid duty arising from contract and tort, to persons with whom they have no contractual relationship, including vessel passengers, to avoid negligent actions within the sphere of activity over which they exercise at least partial control. The traditional spheres of activity in which a time charterer exercises control and thus owes a duty include choosing the vessel’s cargo, route, and general mission, as well as the specific time in which the vessel will perform its assignment. Most importantly for our purposes, a time charterer owes no duty beyond these spheres unless the parties vary the traditional assignment of control by contract or custom.9

The Court summed up a time charterer’s duty as:10

Time charterers do owe duties to third parties. Namely, to avoid negligent acts within the traditional spheres of activity over which they exercise control. But those spheres are well defined, and time charterers are not – as a matter of law – liable for acts taken outside those spheres unless the parties agree otherwise by contract or custom.

The Court concluded that ensuring the competence of a contractual counterparty plainly does not fall within a traditional sphere of activity over which time charterers exercise control. Further, there was no indication that China Navigation and Grand Famous had intended to vary the traditional assignment of control by contract or custom. Therefore, “China Navigation did not owe a duty to vet Grand Famous’s finances or the Yochow’s safety management protocols prior to executing the time charter.”

The trial court found that the helmsman likely failed to properly carry out the pilot’s rudder command due to over work and fatigue. The Plaintiff’s claim was that had China Navigation as time charterer properly vetted the Yochow’s safety management protocols, it would have discovered inadequacies in those protocols, primarily the work/rest standards. The Court found the fatal flaw in this argument was that China Navigation simply did not, as a matter of law, owe any duty to vet either the owner, or the ship’s safety procedures. Citing Moby Dick, the Court concluded the “Yochow crew’s alleged failure to abide by Stubb’s twelfth commandment does not provide a lifeboat for [Plaintiffs] theory of liability.”11 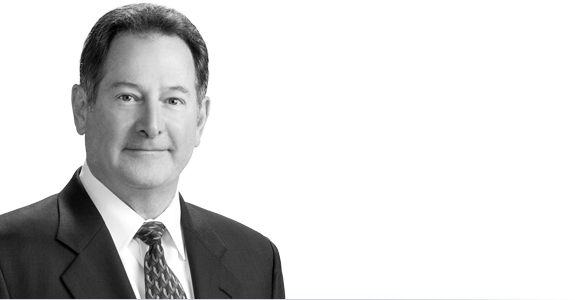