Payment of hire is a condition - an end to a charterer's ability to deduct from hire?

Mr Justice Flaux has held that the obligation upon a charterer to make punctual payment of hire in clause 5 of the NYPE 1946 form charter, especially one containing an anti-technicality clause, is a contractual condition, a breach of which entitles an owner to terminate the charter and claim damages for future loss of earnings. Although the decision is based on the NYPE 1946 form, which is itself very common, it has wider application to other charterparty forms. The case arose out of an appeal from an arbitration award on a point of law.

It was previously widely believed that a non-payment of hire would allow an owner, where he had a contractual right of withdrawal, to withdraw the vessel from the service of the charterer and claim only any unpaid hire up to the date of that withdrawal. However, it was generally accepted that the payment of hire was not a condition of the contract and, as a result, in order for the owner to be entitled to damages for future losses, he would need to establish that the charterer had repudiated the contract by evincing an intention no longer to be bound by the contract or to fulfil the contract in a manner that deprived the owner of substantially the whole benefit of the contract (repudiatory breach).

In practice this was hard to evidence, which meant that it was notoriously difficult to state with any real certainty how many missed hire payments (or indeed deductions/short payments of hire) would allow the owner to successfully argue that the charterer was in repudiatory breach. This was particularly problematic in cases where an owner was faced with a defaulting charterer in a rapidly falling market, because if the owner terminated the contract too soon he could forfeit a potentially substantial damages claim for future loss of income.

The “Astra” was fixed in October 2008 by the owner on a five year time charter on an amended NYPE 1946 form. Clause 5 of the charter required punctual and regular payment of hire 30 days in advance, breach of which would give the owner the option to withdraw the vessel and terminate the charter. An anti-technicality clause was incorporated at clause 31, requiring the owner to give the charterer two banking days to rectify any failure to make payment.

An arbitration was commenced by the owner, who claimed prospective damages from the date of withdrawal to the earliest redelivery date under the charterparty. The Tribunal did not accept that clause 5 was a condition, but they did however find that the owner was entitled to his prospective damages on the basis that the charterer’s conduct amounted to a repudiatory breach of the contract.

The charterer appealed and the owner also challenged the Tribunal’s finding that clause 5 was not a condition. The charterer’s appeal was dismissed by Mr Justice Flaux on separate grounds, however on the parties’ request he proceeded to determine whether or not clause 5 was a condition of the charter. The effect of this is that his findings on the issue are arguably obiter, and are not therefore binding but persuasive.

Mr Justice Flaux found that clause 5 of the NYPE (the obligation to pay hire) was a condition of the contract for a number of reasons, the most important of which we list below:

As indicated above, Mr Justice Flaux’s conclusions as to the status of the clause 5 obligation to pay hire are arguably obiter. However, until we have a clear and binding decision directly on point, Mr Justice Flaux’s findings will possibly be persuasive.

The decision may affect the outcome of a number of current “credit crunch” cases that are in progress, where there are issues regarding repudiatory breach.

Going forward, the decision in the “Astra” puts owners in a stronger position and arguably significantly increases an owner’s options when faced with a defaulting charterer – especially in a falling market. If the case is correct, it significantly reduces the risk to an owner if he wishes to terminate and allows him to crystallise a damages claim for future losses. However, an owner must still ensure that he terminates correctly (adhering to any contractual requirements such as anti-technicality clauses) to avoid being in repudiatory breach himself. An owner also has a potential risk in that the judgment in The Astra is, on this issue, obiter, and may be subject to appeal, particularly given the prominence of this issue.

Charterers also need to think carefully about any failure to pay hire on time/making disputed deductions from hire. It may be that owners utilise this decision to dissuade charterers from making deductions. In this regard:

Thus making deductions from hire is a game of high stakes if an owner decides to press the issue.

If a charterer is unsure about the validity of any deduction from hire, then the best advice may be, absent an express contractual right to deduct, to:

Of course, the above are only general comments and an owner or charterer’s exact legal position will depend on the precise wording of their contract and their particular factual background, on which specific legal advice should be taken.

The exact effect of the judgment will only become clear over time, but it will no doubt lead parties to consider payment of hire issues in a new way. It may lead charterers to seek amendments to their standard form charters aimed at revising provisions regarding payment of hire and changing the contractual regime to provide better protection when making deductions from hire.

The decision may also be of relevance to other types of contract. On the face of it, this judgment is of significant benefit to owners. However, whilst the decision is potentially ground-breaking, it remains to be seen whether it will be followed either at first instance level or in the appeal courts, and further decisions on the point will be  closely watched. 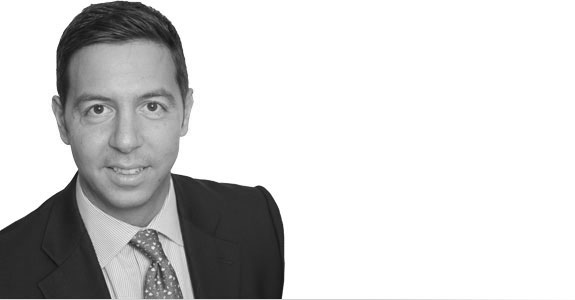