Article 257 of the UAE Penal Code: a law of unintended consequences for arbitration, April 2017

Since their appearance last year, the amendments to Article 257 of the UAE Penal Code have caused alarm amongst arbitration professionals working in the UAE. We take a fresh look at the potential implications of Article 257; what it means for parties, arbitrators and experts; and how they may be able to protect themselves against liability.

Article 257 is an amended provision of the UAE Penal Code that exposes arbitrators and experts (amongst others) to criminal sanctions for failing to perform their duties.

No official English translation of Article 257 is available. However, as translated by HFW’s Arabic litigation team, it provides:

Any person who, while acting in the capacity of an arbitrator, expert, translator or investigator appointed by an administrative or judicial authority or elected by the parties, issues a decision, gives an opinion, presents a report or a case or establishes a fact in favour or against a person, contrary to the duty of objectivity and integrity, shall be punished by temporary imprisonment. The above individuals shall be prohibited from undertaking the assignments commissioned to them again and the provisions of Article 255 of this Law shall apply to them.

Why is this a concern?

The principle behind Article 257 – reinforcing the duties of impartiality and fairness in legal proceedings – should come as no surprise to most practitioners and is in many respects commendable. These, or similar duties, are commonly enshrined in arbitration laws and procedural rules around the globe. Nor is it that unusual for arbitrators to be held responsible for their actions; in many jurisdictions, tribunal members may be subject to civil liability for failure to perform their duties.

However, it is the possibility of criminal and other sanctions under Article 257 – specifically, loss of liberty and livelihood, not to mention reputational damage – that is causing concern. This is largely because no explanation is provided in the Penal Code (or elsewhere) as to what constitutes “the duty of objectivity and integrity”. Similarly, there is no guidance as to what will suffice as evidence of contravention of that duty and there is in practice limited recourse against a baseless complaint.

These uncertainties potentially widen the scope for abuse by parties who, unhappy with a particular expert report or tribunal decision, wish to suspend proceedings or set aside an award, regardless of the impact on arbitrators or experts.

That impact can be severe, as criminal complaints in the UAE generally result in an investigation. In the interim – which may be some time – the alleged offender can be ordered to surrender their passport, restricting travel outside the UAE, or be imprisoned. Understandably, the prospect of these types of sanctions is of grave concern to arbitration practitioners in the UAE and those who rely on being able to travel to conduct their business.

Insofar as the parties to a dispute are concerned, and while opinions differ as to the likelihood of Article 257 being abused in practice, we are already seeing a reluctance amongst many international arbitrators and experts to accept appointments due to the risk of complaints – legitimate or otherwise – under Article 257. This can lead to delay or outright frustration of proceedings and may undermine confidence in arbitration as a means of resolving disputes within the UAE.

How will this affect arbitration in the UAE?

As long as concerns over Article 257 remain, we anticipate:

What else can arbitrators and experts do to protect themselves?

In addition to the measures outlined above, there are various other practical steps that arbitrators and experts can take to minimise their exposure.

For example, most international arbitration rules and laws provide for the fair and equal treatment of the parties. Similarly, experts and arbitrators are usually bound to adhere to their own professional rules and standards of conduct. Those provisions should be followed as a matter of course.

Arbitrators should be cautious about resigning from existing appointments. An arbitrator may be liable to compensate the parties under Article 207(2) of the UAE Civil Procedure Code where (in our translation) “the arbitrator withdraws from undertaking his task after accepting it without a serious reason”. In our view, a court may be reluctant to accept that the “duty of objectivity and integrity” imposed by Article 257 would be a sufficiently “serious reason” for resignation, particularly where proceedings are advanced and the prejudice and disruption to parties is likely to be more severe.

For experts, where jointly appointed by the parties or independently by the tribunal, ensure your instructions and mandate are clear and that you adhere to them. Where possible, have these approved by both parties to avoid a later suggestion of bias.

Understandably, there has been considerable disquiet over the introduction of Article 257, with a collective call by the UAE legal community for its clarification or amendment. Whether and to what extent this will happen is uncertain. However, with the UAE’s continuing objective to promote itself as a hub for arbitration in the Middle East, it is hoped that appropriate steps will be taken – and taken soon – to address the current concerns over Article 257.

We will write more on Article 257 as developments arise. In the meantime, we expect arbitration to remain the forum of choice for disputes, but the measures and consequences outlined above to become more commonplace in the UAE. 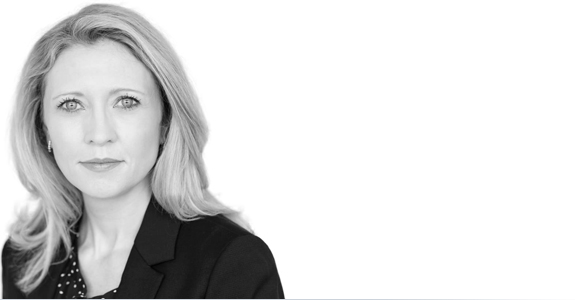