In the landmark decision of Mr Justice Godfrey Lam in Ever Judger Holding Co Ltd v Kroman Celik Sanayii Anonim Sirketi1, the Hong Kong High Court sets out the principles that apply to anti-suit injunctions in the context of arbitration agreements.

The plaintiffs, Ever Judger Holding Company Limited (the owners) (represented by Holman Fenwick Willan) were the owners of the Panamax bulk carrier EVER JUDGER. The defendants (the buyers) were the receivers of a cargo of steel wire rods, which was loaded at Zhangjiagang for carriage to Kroman. The cargo was shipped under bills of lading that incorporated an arbitration clause providing for English law and arbitration in Hong Kong. When the ship arrived in Turkey, a dispute arose in relation to the condition of the cargo.

The buyers arrested the vessel in Turkey and security was provided by the owners. Subsequently, and in breach of the arbitration clause, the buyers commenced a substantive action against the owners before the Turkish Courts and filed points of claim. The buyers alleged in the Turkish proceedings that the cargo had been damaged as a result of ‘irregularities’ during loading, carriage and/or stowage of the cargo while the responsibility of the carrier.

The Court considered Aggeliki Charis Cia Maritime SA v Pagnan SpA, The Angelic Grace2, Donohue v Armco Inc3 and other authorities and concluded that as a matter of Hong Kong law unless the defendants can show strong reasons to the contrary, the court should ordinarily grant an injunction to restrain the pursuit of foreign proceedings brought in breach of a Hong Kong arbitration agreement where:

The buyers opposed the owners’ application.

First, the buyers argued that the owners had not come to Court with ‘clean hands’. Specifically, the owners alleged that with the knowledge that the goods had been damaged, the Master fraudulently issued clean bills of lading. However, the Judge ruled that the finding of fraud could not be established on the basis of contested affidavit evidence. Where serious allegations of wrongdoing are involved, they must be proved by evidence of commensurate cogency. Fraud or serious misconduct can only be inferred where such inferences are compelling.

The buyers’ second argument was that related proceedings were already on foot in Turkey between the buyers and their cargo insurers. The buyers had issued proceedings against their cargo insurers after they refused cover on the grounds that there was evidence of pre-voyage damage. The Judge rejected this argument on the basis that the refusal of the anti-suit injunction would not result in a single composite trial involving the parties and the insurers in Turkey: there would still be two sets of proceedings between different courts in Turkey. Further, it would not remove the risk of inconsistent decisions between the Hong Kong arbitration and the insurance litigation. Mere inconvenience to the buyers of having to fight both in Turkey and in Hong Kong was not a sufficient ground for refusing the injunction.

The owners’ injunction to restrain the Turkish proceedings was therefore continued.

This comprehensive decision clarifies the approach of the Hong Kong Courts to anti-suit injunctions in the context of arbitration agreements. The decision is in line with the principle that parties should generally be held to what they agreed in their contract, and therefore a party must demonstrate a strong reason before the court will refuse an anti-suit injunction where an arbitration clause or agreement exists.

In February this year, in the case of Shipowners’ Mutual Protection and Indemnity Association (Luxembourg) v Containerships Denizcilik Nakliyat Ve Ticaret AS, Paul Dean and Richard Strub in our London office obtained an anti-suit injunction from the English High Court restraining charterers from prosecuting a direct claim in Turkey against the shipowners’ P&I Club. Our briefing on this case can be found at http://www.hfw.com/Direct-rights-of-action-against-P-and-I-clubs-February-2015. 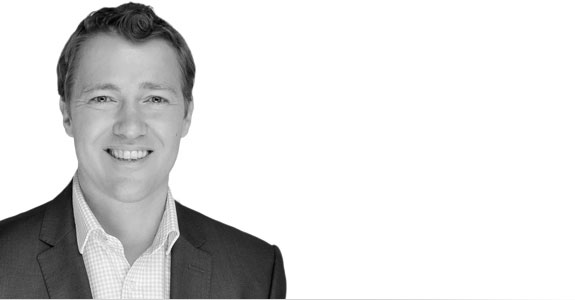