And the award goes to... Collaboration!

With Kevin Hart stepping down, an assortment of Hollywood A-listers worked together to host this year’s Oscars®. In the world of international trade and commerce, despite confrontation dominating the headlines, 2018-19 has in fact been a time of great collaboration, with prominent companies in many industries working together to tackle common challenges and exploit common opportunities. This briefing identifies some emerging trends, explaining why and how more and more companies are collaborating.

When Kevin Hart decided to stand down as the host of this year’s Oscars®, the Academy, by choice or necessity, opted against a single replacement. Instead, they sought a solution in collaboration, asking a range of big-name Hollywood stars to step in and share the role 1.

2018-19 has also been a challenging year for those involved in international trade and commerce. The US-China Trade War, a rise in authoritarianism, an uptick in the number of cyber-attacks targeting businesses 2, the impact of greater international sanctions, and fears of a no-deal Brexit have caused widespread disruption. Some companies have also struggled to adapt to changes in the nature of globalization, as the world economy responds to: (i) growing demand in the developing world; (ii) more comprehensive domestic supply chains in the developing world, particularly China; and (iii) the impact of new technologies3. These challenges contributed to the worst annual stock market performances, overall, since the 2008 global recession, with the NASDAQ down 4%, the Dow Jones down 5.6%, the S&P 500 down 6.2%, the NIKKEI down 12.1% and the FTSE 100 down 12.5%.

In response, whilst some this year have tried to erect walls to keep competitors out, others have sought to break down barriers to work with their competitors to tackle new challenges and to embrace change. This briefing celebrates some noteworthy examples of collaboration from the last year in some of HFW’s key sectors of focus, and identifies certain emerging trends as to how and why companies are collaborating.

The commodities sector has seen renewed collaboration in 2018-19, particularly in relation to sustainability and the development of new technologies.

For example, in September 2018, Nestlé, one of the world’s largest purchasers of coffee and cocoa, announced it would implement Starling (a satellite service which offers analysis of forest cover change across commodity production landscapes), to monitor 100% of its global palm oil supply chains 4. This move is part of Nestlé’s efforts to meet a 2020 no-deforestation commitment. In a sign of collaboration, many global food companies and commodities suppliers have signed up to similar initiatives. Starling itself is a joint venture (JV) between two perhaps unlikely partners, Airbus, whose SPOT constellation of satellites provides the technological expertise, and The Forest Trust (TFT), who provides the technical expertise to analyse the data provided5.

Elsewhere, in October 2018, the ABCDs of the Agri-commodities world (the world’s four largest Agriculture businesses: Archer Daniels Midland, Bunge, Cargill and Louis Dreyfus Company) announced that they are working together to develop a platform to standardise and digitize international grain trades, utilizing blockchain, distributed ledger technology (DLT) and artificial intelligence (AI) 6. Their intention is to make international grain trading more efficient, by replacing manual payments systems and cutting down on the estimated 275 million emails sent annually to process around 11,000 shipments of grain, thereby reducing overall transaction costs. In a sign of potential collaboration to come, the ABCDs hope other international grain traders, such as China’s COFCO and Japan’s Mitsui, will join the initiative. Separately, ADM and Cargill are working together on other technology initiatives, including a JV in the US, Grainbridge LLC, which intends to provide grain marketing decision support, e-commerce and account management software for North American farmers7.

Such technologies have the capability to improve not just efficiency but also transparency. This is one of the focuses behind Ideanomics Resources Ltd (a JV between Ideanomics and TPJ Ltd). It aims to offer a blockchain-based commodity and energy digital asset exchange, utilizing AI and multi-layer fintech technologies (including smart contracts and asset tokenization), to simplify the process of trading commodities, commodities derivatives and settlement services. It anticipates that its platform will be particularly attractive to those operating in certain parts of the developing world, especially Africa, where corruption has historically disrupted commodities markets.

In the aerospace industry we see entities collaborating to pursue industry-wide objectives and to develop new technologies and infrastructures.

For example, both Air Canada and AirFrance-KLM have partnered with Winding Tree to develop blockchain-based travel platforms, the objective of which, as with those being pursued by commodities companies, is to seek better distribution of costs and the lowering of overheads 8. The hope is that some cost-savings are also passed on to end-customers; AirFrance-KLM’s announcement to the market spoke of “a more advantageous travel offer for customers which is more profitable for suppliers, in particular by reducing the number of intermediaries9”.

And it is not just the commercial entities in aerospace pursuing collaborative innovation; in 2018, the state government of Queensland, Australia, announced that it would be partnering with crypto-currency start-up TravelBit, to use its digital currency payments platform to promote regional tourism. A similar tie-up between TravelBit and Brisbane Airport Corporation will look to create the world’s first digital currency friendly airport. These entities have already worked together to good effect, implementing a blockchain-backed point-of-sale system in regional tourist towns, allowing travellers to pay for their trips using Bitcoin, Litecoin, Dash, Ethereum or XEM 10.

Similar trends are afoot in the shipping world; 2018-19 saw a number of large players join the Sustainable Shipping Initiative (SSI). This is a coalition of ship owners, charterers, operators, shipbuilders, engineers, ship-service providers, banks and insurers servicing shipping/trading, classification societies, marine equipment and service providers, and NGOs, all of whom share the objective of developing more sustainable global shipping by 2040 11. In a statement last year from its general manager, Tom Holmer, the SSI’s collaborative mission statement was clear: “the sharing of ideas and best practices across different organisations is a critical part of our journey towards reducing greenhouse gases, developing new technology and becoming more transparent and accountable12”.

Not to be outdone, insurers are also getting in on the act and collaborating to bring forward industry-disrupting technology.

In May 2018, a consortium of insurance industry leaders, including Willis Towers Watson, XL Catlin and MS Amlin, announced that they were already using a blockhain platform called Insurwave, to support their global marine hull insurance services 13. Insurwave was developed by a JV between global professional services firm EY, and blockchain specialists Guardtime, drawing upon DLT infrastructure produced by computing giant Microsoft Azure and data standards produced by the global insurance industry organisation ACORD. The platform expects to support more than half a million automated ledger transactions and help manage risk for more than 1,000 commercial vessels in its first year, and there are plans to subsequently roll the technology out to other types of business insurance for the marine cargo, global logistics, aviation and energy sectors.

In the energy sector, we have continued to see enthusiasm for joint ventures, often, interestingly, involving entities of contrasting sizes working together for mutual benefit.

For example, Houston headquartered Kinder Morgan has entered into a pipeline tie-up with the smaller Kansas headquartered Tallgrass Energy, predominately to increase crude pipeline capacity in the Denver-Julesburg basin of Colorado and the Powder River basin of Wyoming, but with expected residual benefits to capacity in the Williston basin of North Dakota and portions of western Canada 14. This pipeline aims to increase the flow of light and heavy crude to one of the duo’s previous collaborations, their jointly controlled Deeprock terminal in Cushing, Oklahoma.

Similarly, we continue to see private sector companies collaborating to form consortiums to undertake exploration and extraction work. For example, 2018-19 has seen continued effective collaboration in the Zama Oilfield Development located in Block 7 of the Sureste Basin in the Gulf of Mexico, between operator Talos Energy, and partners Dea 15, and Premier Oil16. In a further sign of collaboration in action, Talos recently awarded a conceptual and engineering services deal covering the proposed development of Block 7, to Io Oil and Gas Consulting17. This is a JV between two Houston based companies: McDermott International and Baker Hughes (a subsidiary of GE Oil and Gas). In addition, there has been inter-Block collaboration in Zama with, for example, Talos Energy and Pan American Energy entering into acreage swap deals relating to Blocks 2 and 31.

2018-19 has undoubtedly been a period of dramatic geo-political upheaval. Some prominent actors on the international political stage have responded to this upheaval by retreating to the old perceived protections of tariffs, walls, borders, isolationism and populism. However, many companies involved in international trade and commerce have tended to be much more pragmatic and forward looking in their response to upheaval, choosing collaboration over isolation.

Across economic sectors, collaboration has been most noticeable in two key areas: (i) moves towards greater sustainability, and (ii) moves towards greater technological change and innovation. In our view, this convergence is no coincidence: sustainability and technological change present immense challenges for many businesses, but at the same time offer immense opportunities. In these circumstances, businesses are choosing to team together, appreciating that when it comes to the challenges, there is safety in numbers, and when it comes to the opportunities, these are often best exploited in partnership with others.

In the coming weeks, HFW Commodities Partner, Brian Perrott, will be discussing collaboration, and the other challenges and opportunities facing some of the world’s leading companies involved in international trade and commerce, in a series of exclusive interviews with business leaders, as part of our “HFW Insights” video series. For more information on this video series, or any of the issues discussed in this briefing, please contact the authors listed, or your usual HFW contact. 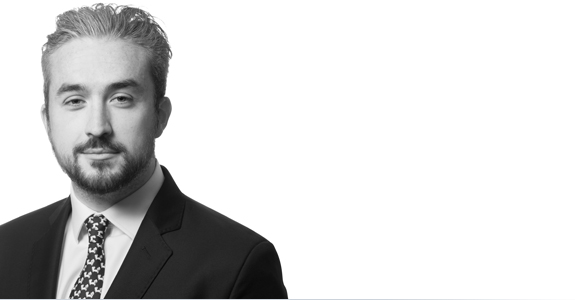