HFW recently represented Arig in the above High Court matter in which judgment was handed down by Mr Justice Males on 7 July 2015 and which found AXA (reinsurer), as successor in title to German reinsurer, Albingia (reinsurer), unsuccessful in its attempts to avoid two first loss energy construction treaties by which the reinsurer had reinsured Arig in 1996 and 1997.

The main issue in the case was whether the reinsurer, as claimant and as reinsurer, was entitled to avoid the two treaties for i) misrepresentation and/or ii) non-disclosure of the existence of loss statistics relating to the reinsured’s historical book of inwards energy construction risks going back as far as 1989 and 1990, when there had been significant energy construction losses. The treaties reinsured individual losses suffered by the reinsured on its inwards book of energy construction losses up to a limit of US$500,000. The reinsurer also raised separate non-disclosure allegations in relation to three specific incidents on renewal of the treaty in 1997, as well as claiming a refund on another claim paid under an alleged mistake. However, these claims did not succeed. Arig counter-claimed for some unpaid claims.

For the reasons discussed below this was an important avoidance case because whilst the reinsurer succeeded in showing that Arig had failed to disclose certain material information, Arig nonetheless succeeded overall because the judge considered that reinsurer’s underwriter had not been induced to write the risks because of the material non-disclosure and, on the balance of probabilities, would have written them on the same terms anyway.

It was common ground that loss statistics had not been disclosed on the placement of the treaty in 1996, but there was a dispute as to whether they were material, given their age (going back to 1989 and 1990), the nature of the portfolio, and the circumstances of the placement.

There was also a dispute as to inducement – whether the reinsurer’s underwriter would have written the treaties in any event even if such historic loss statistics had been disclosed?

Change of underwriter and underwriting philosophy

In their defence, Arig argued that due to a more conservative underwriting strategy (e.g. as to location, water depth, technology etc.) introduced following the arrival of a new energy underwriter in 1991, loss records of his predecessors could not have been material to reinsurers and did not need to be disclosed. Such loss records, it was argued would have been misleading anyway. Arig also argued that, even if loss statistics were material, such statistics need not go back as far as 1989 and 1990 because, supported by expert evidence, the tail on energy construction risks was rarely more than five years. Moreover, the fact that Arig had suffered major losses in 1989 and 1990 was no indication of Arig’s underwriting competence because, as was well known in the market, these were years in which the energy market as a whole had suffered major losses.

“As If” loss statistics

As to the second, “subjective” stage of the test, the court, having “a proper regard for the burden of proof and an appreciation of where on the wide spectrum of materiality the particular non-disclosure which is relied upon falls”, found that the reinsurer had failed to prove that their underwriter had been induced by Arig’s non-disclosure to enter into the 1996 and 1997 energy treaties. In particular, based on extensive and detailed cross-examination of the reinsurer’s underwriter, the judge found that the reinsurer’s underwriter would have entered into the contracts, even if he had been given the complete historical loss records along with a proper explanation of them by the broker.

There were a number of reasons for this, including the following:

It was common ground between the parties’ experts that these types of first loss energy construction treaties were particularly hazardous. The court observed in this regard that the reinsurer’s underwriter appeared to have some enthusiasm for this type of contract and that, in some circumstances, he was prepared to underwrite such treaties without considering information such as loss statistics and the level of deductibles in the inwards contracts, notwithstanding the importance which the underwriter had placed on the level of inwards deductibles in other similar litigation.

It is important to note that the court did not doubt the honesty of the reinsurer’s underwriter. However, the judge observed that a “healthy scepticism” should be had in relation to witness evidence 20 years after the event. Given the underwriter’s total lack of recollection of the placement and its circumstances, his evidence so long after the event that he would not have written the treaties if loss statistics had been presented was not reliable.

This case consolidates the legal principles on which the remedy of avoidance is based and summarises them well. The judgment is recommended reading for insurance professionals for this reason alone. It is also interesting in light of the Insurance Act 2015, which comes into force in England and Wales in August 2016.

This will of course require the courts to make hypothetical factual determinations as to what terms and premium, if any, the underwriter would have agreed if the risk had been presented fairly. A similarly hypothetical determination was made by the judge in this case as to what the reinsurer’s underwriter would have done if the material information had been disclosed to him on placement, albeit that under the current law the remedy is still “all or nothing”. This case is therefore an indicator of how the courts will assess what an insurer would have done, hypothetically, if the presentation had been fair.

We can expect to see more examples of this kind of hypothetical factual investigation once the Insurance Act comes into force, since the question of what would have happened will bear as much on the remedy as it does presently in relation to inducement.

One further point to take away from this case is a reminder of the heavy nature of the burden on insurers and reinsurers when it comes to proving what the underwriter would have done had he known about the alleged breach of disclosure of material facts. This is particularly pertinent in advance of the changes being made by the Insurance Act 2015, which it is hoped will encourage more engagement between insureds and insurers and between reinsureds and reinsurers, by means of a more targeted approach to pre-contractual disclosure.

The team involved in this case were: Partners Costas Frangeskides and Paul Wordley and Associates Edward Rushton, Laura Steer and Rupert Warren. 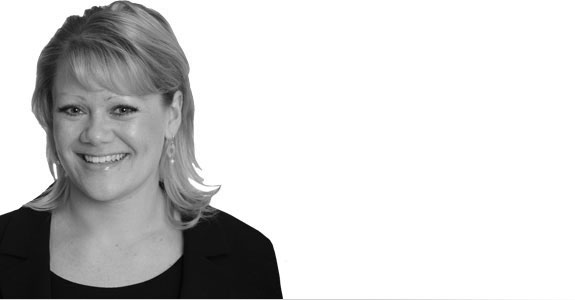