“A Simpler, More Straightforward Test”?1 The Fifth Circuit Court of Appeals Adopts a New Test to Determine When a Contract is Considered Maritime, January 2018

On January 8, 2018, in the case In re Larry Doiron, Inc., the Fifth Circuit Court of Appeals, sitting en banc, modified the 28 year-old test provided in Davis & Sons, Inc. v. Gulf Oil Corp. (Davis & Sons) for determining whether a specialty services contract is maritime in nature. Relying on the 2004 United States Supreme Court’s decision in Norfolk Southern Railway Co. v. Kirby (Kirby), the Fifth Circuit established a new test to assist in making this determination. However, in an attempt to alleviate the necessary fact finding requirements under the Davis & Sons test, the Fifth Circuit may not have created the bright-line test it had hoped.

In 2005, Apache Corporation (Apache) entered into a master services contract (MSC) with Specialty Rental Tools & Supply, L.L.P. (STS). In 2011, STS obtained an oral work order from Apache directing STS to perform flow-back services on a gas well in navigable waters in Louisiana. The parties did not anticipate that a vessel would be required to perform the job. Following unsuccessful attempts at completing the job, STS determined that some additional heavy equipment would be needed on the platform. Apache contracted Larry Doiron, Inc. (LDI) to provide a crane barge and crew to place the equipment on the platform. Following unsuccessful attempts at completing the work order, both STS and LDI crews began removing the heavy equipment previously unloaded. During that process, the LDI crane operator struck and injured an STS crewmember.

Anticipating a claim from the STS crewmember, LDI filed an action against STS seeking indemnity under the terms of the MSC. Both parties filed motions for summary judgment seeking a determination whether STS owed LDI indemnity. The narrow question presented before the Fifth Circuit was whether the MSC was a maritime contract. If it was, then STS would owe indemnity to LDI; but if not, then Louisiana law would control and the Louisiana Oilfield Indemnity Act (LOIA) would prohibit indemnity. The District Court held that maritime law applied and awarded LDI indemnity from STS. The original Fifth Circuit panel affirmed the District Court’s judgment, but then a majority of the active judges voted to review the case en banc.

The Fifth Circuit summarized the Davis & Sons test that the Court has followed since 1990. Under Davis, determining whether a contract and the accompanying work order are maritime in nature includes an analysis of six factors:

The Court noted that a number of its judges have criticized the test for being fact-intensive and possibly creating more uncertainty and litigation, thus hindering the parties’ ability to calculate costs and risks associated with projects in the maritime industry. Following an exhaustive analysis of the facts of the case, the original Fifth Circuit 3-judge panel determined that the MSC was a maritime contract because a vessel was essential to the completion of the job, and enforced the indemnity provision. The full Court decided to review the panel’s decision to examine the continuing utility of the Davis test. The 15 judges sitting en banc reversed the panel, found the contract to be non-maritime, and prohibited the indemnity.

Relying on the Supreme Court’s opinion in Kirby, the Fifth Circuit reiterated that the true determination of whether a contract is maritime in nature depends on the nature and character of the contract and whether it has any reference to maritime services or maritime transactions. Contract rather than tort principles should be used in determining whether a contract being sued upon was maritime. The Fifth Circuit concurred with the Kirby court, disapproving the notion that a contract may contain both maritime and non-maritime obligations. Instead, the Court focused on whether the purpose of the contract was to effectuate maritime commerce therefore being inherently maritime.

Thus, based on the principles outlined in Kirby, the Fifth Circuit created and adopted the following two-pronged test to determine whether a contract is maritime in nature:

The Fifth Circuit reasoned that this test places an emphasis on the contract and the expectation of the parties when they entered into the agreement. However, the Court conceded that some of the Davis & Sons factors may come into play, such as when the scope of the contract is unclear or whether the contract involved substantial involvement of a vessel.

Applying the new test to the case at hand, the Fifth Circuit determined that the work order from Apache to STS involved work on a gas well that had access only from a platform (historically a non-vessel). A vessel only became involved after the crew encountered unexpected problems. Because the use of the vessel was not a substantial part of the job nor contemplated at the time the contract was entered into, the contract was not maritime in nature. As such, Louisiana law applied and the LOIA barred indemnity. The Fifth Circuit reversed and rendered in favor of STS prohibiting the indemnity.

In an attempt to create a simpler and more straightforward test, the Fifth Circuit developed a two-pronged analysis. The focus now is the nature of the written agreement and not the actual facts and circumstances that surround the individual claims. In one sense, the new test should assist parties in drafting contracts to properly allocate indemnities as the courts should now focus on the intent of the parties when the contracts are executed. On the other hand, as the Fifth Circuit mentions, this test may not alleviate the fact-intensive inquiries that courts will have to make as to whether vessels will play a substantial role in the completion of the contractual goals. It may prove just as confusing as the Davis & Sons test. The Court summed up its “new” test by stating: “[t]his test places the focus on the contract and the expectations of the parties.”2Will having to determine the expectations of the parties streamline the process for the Court? Certainly not if the Court must take parole evidence to determine the parties’ intent. This is a noble feat by the Fifth Circuit to streamline an almost thirty-old test, but only time will tell if they have been successful in such an attempt.

For those entering into contacts for oil and gas operations offshore, the advice remains the same. Make sure the expectations of the parties are set forth simply and clearly. Remove any ambiguities. If a contract is clear and unequivocal, a court may not take any parole evidence. It will determine the intent of the parties within the four corners of the contract. A mistake in describing the intent of the parties may result in one being surprised by indemnity agreement requiring it to assume liabilities it did not plan for, or being disappointed by being denied an indemnity it had relied upon. Either way, the end result can be extremely costly. 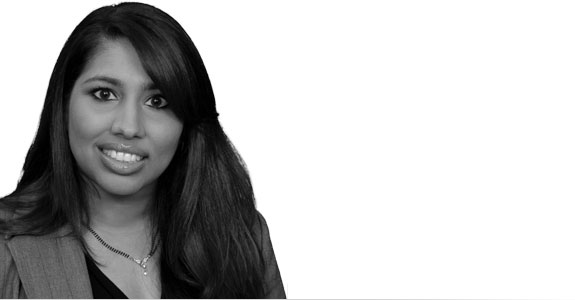