What is a Reasonable Salvage Settlement? The Importance of Australian Law Advice

It is not often that an Australian court considers as many maritime law issues as examined in the recent Federal Court judgment, Mount Isa Mines Ltd v The Ship “THOR COMMANDER” [2018] FCA 1326. The judgment is particularly noteworthy because it is the second of only two Australian authorities which consider common law salvage1. In this article we examine the Federal Court’s approach to proving reasonableness of the salvage settlement.

In January 2015, the THOR COMMANDER (Vessel) suffered a major engine breakdown in close proximity to the Great Barrier Reef. The Vessel owners, MarShip GmbH & Co KG MS (MarShip), arranged for a tug to tow the Vessel to safety, however there was uncertainty as to whether the tug would arrive before prevailing weather conditions might cause the vessel to ground on the Reef.

Following a request by AMSA seeking assistance for a distressed ship, a capesize vessel XINFA HAI came to tow the Vessel to safety. Relevantly, the Court determined that the XINFA HAI did perform salvage services and its owners were entitled to a salvage reward. The Court also held it was MarShip’s breach that led to the circumstances requiring the salvage services. There was also no salvage contract or any other contractual relationship between MarShip and the XINFA HAI.

At the time of the casualty, the Vessel was carrying altonorte copper anodes (Cargo) owned by Mount Isa Mines Ltd (Mount Isa). The Cargo was worth just over US$63 million and represented around 90% of the salved property. Mount Isa and its insurers agreed to pay the salvors US$1 million to settle the salvage claim against Cargo interests (Settlement). The Settlement was concluded without MarShip’s input3. Mount Isa then sought to recover the Settlement sum as damages from MarShip in an action for breach of the contract of carriage. MarShip contended the Settlement was unreasonable.

The Court’s approach to reasonableness

The Court accepted that Mount Isa was entitled to enter a commercial settlement to avert legal costs. The Court also appreciated that MarShip had been “quite cagey” and had declined to provide documents or statements to Mount Isa. Therefore the Court rejected any assertion that Mount Isa should have obtained more information upon which to negotiate a settlement. The information Mount Isa had obtained from the salvors, AMSA and pursuant to a freedom of information request, was sufficient.

The Court was critical of the reliance Mount Isa’s insurers placed on an advice which overstated the ship would have ‘undoubtedly’ grounded on the reef if assistance had not been provided. However, this was not of itself sufficient to find the Settlement was unreasonable, as the erroneous advice was counterbalanced by other information, indicating the danger of grounding was significant enough to require assistance.

Mount Isa had also obtained advice from an Australian senior counsel, who opined that the provision of towage would likely be found to be in the nature of salvage operations, for which there was a real risk that Mount Isa would have to pay a salvage reward. Importantly however, senior counsel said he was not expressing any opinion on the likely amount of that reward, except that he expected it would be more than the equivalent of a commercial charge for towage, but towards the lower end of the scale.

The Court held that Mount Isa failed to explain how it decided on the Settlement sum. To some degree Mount Isa’s English lawyers obtained insight into the approach an Australian Court might take by reading United Salvage. They considered what the salvage reward might be if fixed using the same percentages in United Salvage, but accepted the factual scenario differed. They also referred to ‘criteria to be applied in the assessment of a salvage award,’ but without explanation.

There was no evidence Mount Isa’s English lawyers were aware of the requirements of Australian law, to prove the reasonableness of a settlement as against a person (such as MarShip) who was not a party to the settlement. Critically, in Unity Insurance Brokers4, the High Court departed from the approach previously taken by the English Court of Appeal, finding that where a settlement is made in reliance of legal advice, the evidence of the legal advisors is vital. This is because the risks involved in the litigation and the reasoning which led to the settlement are factors that will determine whether or not the settlement was reasonable.

Rares J was critical of the English lawyers, stating they “never took the simple common sense course of seeking advice from Australian lawyers as to…the range within which Mount Isa could expect a salvage award to be made by an Australian court, or…what Mount Isa would need to do to prove that any settlement for which it claimed damages against MarShip would, or could be found to be recoverable as damages in this proceeding”.

The Court’s approach to proving reasonableness of a settlement with a third party is not only relevant to maritime law. Any person considering a settlement with a third party, with the intention of seeking to recover that sum as damages in Australia from another person not a party to that settlement, should ensure they obtain Australian law advice. That legal advice should set out clear reasoning to support both the considerations made to enter the settlement and the range within which settlement is recommended. As the advice may need to be produced in court to prove the reasonableness of a settlement, it should be written with this purpose in mind and separated from any other advice over which privilege is to be maintained.

For more information, please contact the author of this article:

or our Australian shipping partners: 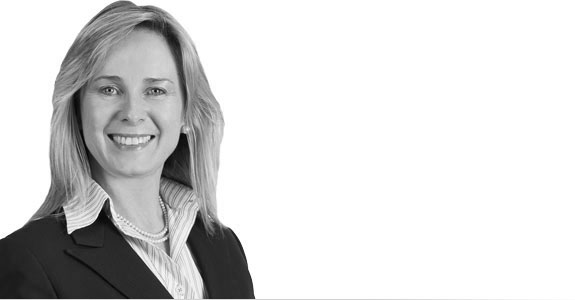