In this issue: 1. Regulation and legislation; 2. Court cases and arbitration; 3. HFW publications and events

The PRA and FCA’s notification window for the Temporary Permissions Regime (TPR) is due to close this week on Thursday, 28 March.

As things stand, it is possible that the UK will leave the EU on 29 March 2019 (or after a few weeks’ delay) without an agreement on the future trading relationship. In the event of a no-deal Brexit, EU (re)insurers and intermediaries will no longer be able to carry on business in the UK on a Freedom of Establishment or Freedom of Services basis. The TPR will allow EU authorised (re)insurers and intermediaries currently passporting into the UK to continue carrying on regulated business. Only firms, which notify the PRA and FCA of their intention to use the TPR by 28 March, will be able to enter the TPR.

Even if the date on which the UK formally leaves the EU is delayed, which seems likely after the meeting of the UK Prime Minister with the EU Council of Ministers on 21 March, there is currently no indication that the PRA or FCA intend to extend the notification window for the TPR beyond 28 March.

EU (re)insurers and intermediaries must notify the PRA or FCA of their intention to use the TPR if they intend to seek UK authorisation. The regime will operate for a maximum of 3 years from exit day (subject to any extensions by HM Treasury), depending on when firms are notified by the regulator of their “landing slot”, i.e. the time period during which firms will need to submit their application for authorisation. It is recommended that insurers and intermediaries should still notify the regulators of their intention to use the TPR even if they have not decided whether to seek full authorisation.

Firms can notify the PRA and FCA by using the FCA’s online ‘Connect’ system. There is no fee for notifying.

The FCA’s guide on the notification process for firms is available at:
https://www.fca.org.uk/publication/systems-information/temporary-permission-notification-connect-guide-firms.pdf

As part of the Prudential Regulation Authority (PRA), Bank of England (BoE) and Financial Conduct Authority’s (FCA) Brexit strategy, each published a series of consultation papers, policy statements and directions.

The PRA recently published near-final instruments in order to fix the deficiencies that would be created by the United Kingdom’s exit from the European Union. These instruments and statements are relevant to all firms authorised and regulated by the PRA and the FCA and may also be relevant to firms that apply to the PRA or FCA for authorization in the meantime.

The PRA has the power to make transitional directions in order to mitigate against the potential disruption that may be caused by Brexit-related changes to firms’ obligations. The directions that were published on 28 February 2019 provide various transitional relief for an interim period and delay the application of certain obligations on firms. The current proposal is that there will be a hiatus of 15 months commencing from the date of Brexit until 30 June 2020. As would be expected, the PRA has the power to extend the transition period, but this is limited to a maximum of two years and only if there were circumstances that specifically required it. Once the transitional period has expired the expectation is that all the proposed changes pursuant to the European Union (Withdrawal) Act 2018 will apply.

The effect of this is that regulated firms should, unless an exception applies, continue to comply with their pre-Brexit regulatory obligations until the end of the transition period (30 June 2020), with the intention that firms should continue to carry on as usual. In order to achieve this, firms should take a common-sense approach to interpreting the pre-Brexit obligations. All regulated firms should be aware of the directions (which will apply without firms having to take any action to benefit from the transitional relief) but should note that the guidance relating to it is non-binding and can be amended and that, in the event of inconsistency between the two, the direction prevails over the guidance. The directions also contain a list of areas that are outside of scope, as well as a number of specific transitional provisions. There is also a helpful table summarising the areas where transitional relief is being provided to the temporary permissions regime and supervised run-off regime firms.

A copy of the PRA’s1 and BoE’s2 near‑final guidance and the FCA’s3 recent policy statement on the same point can be accessed online.

Between 8 June 2007 and 31 March 2008, the plaintiff allegedly suffered property damage to a church building and its contents caused by rainwater and flooding. The plaintiff first made a claim in respect of the damage under an Industrial Special Risks Insurance Policy (Policy) in 2009. The insurers denied liability under the Policy in 2011.

In 2016, the plaintiff commenced proceedings in the Supreme Court of New South Wales against the insurers alleging that their denials of cover were in breach of the Policy. The insurers argued that the claim was statute-barred by reason of s14(1) of the Limitation Act 1969 (NSW), having been brought more than 6 years after the damage occurred.

The primary judge ordered that the issue as to when the limitation period started to run should be referred to the New South Wales Court of Appeal.

The plaintiffs argued that time started to run from the point at which insurers denied indemnity, and thereby breached the terms of the Policy. The insurers, however, argued that the obligation to pay accrued immediately upon the happening of property damage, notwithstanding that the claim (and subsequent denial of cover) occurred at a later date.

In a 3:2 decision, the majority of the Court of Appeal (Bathurst CJ, Beazley P and Ward JA) held that, in line with long-standing English authority and intermediate appellate Australian authority, the cause of action under a first party policy of insurance accrues upon the happening of the insured event (i.e. when the damage occurs).

The minority (Meagher JA and Leeming JA) considered that the question turned on content of the insurers’ payment obligations under the Policy and held that this could not be determined in the absence of further facts.

We are delighted to announce the promotion of Iris Vögeding (Paris) to partner.

Iris is dual qualified in French and German law. She specialises in civil liability, commercial litigation and insurance notably in the energy (including renewable energies), pharmaceutical and food sectors. Iris has extensive expertise in complex multi-jurisdictional contentious and pre-contentious matters. She also advises clients in insurance regulation and data protection matters. 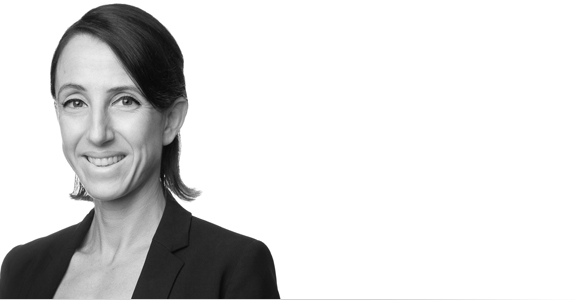