Cryptocurrencies are Property and Capable of Enforcement: UK Taskforce Confirms

In what has been described as a "watershed" development that is likely to boost the appeal of the English courts, a paper published last week confirms English law will view cryptocurrencies as "property" and therefore capable of enforcement by the English courts.

In a paper published last week, the UK Jurisdiction Taskforce of the LawTech Delivery Panel, led by the Chancellor of the English High Court, Sir Geoffrey Vos, who describes it as "a watershed for English law and the UK's jurisdictions…[and notes that] No other jurisdiction has attempted anything like it", confirmed that in its view English law will recognise cryptoassets as "property" and smart contracts as having "contractual force". This represents a culmination of recent international developments and illustrates the ability of the English legal system to adapt to emerging technologies, and will be highly persuasive in future litigation.

The paper reflects recent court decisions and further supports judicial agility enabling the courts to respond to disputes arising from new and developing technological areas, for example the case of Robertson v Persons Unknown, in which Mrs Justice Moulder concluded that bitcoin should be treated as "property" for the purposes of an asset preservation order (APO), in order to assist a victim of fraud against persons unknown who had conducted a "spear phishing" attack resulting in the equivalent of over £1 million being transferred to fraudsters.

This decision was followed by the judgment of Mr Justice Birss in Vorotynyseva v Money-4 Limited t/a Nebeus.com & Ors, which concerned an urgent application for a freezing injunction to preserve the assets. In this case, the claimant had given around £1.5 million in bitcoin and ethereum to the defendants (a company and its directors) to be dealt with on her behalf and to test the defendant's trading platform.

The claimant became concerned that the money had been dissipated and approached the defendants for confirmation that they still held it, when no such confirmation was forthcoming the claimant sought an injunction to preserve the assets. The judgment focuses on the issue of dissipation, however when considering the subject matter of the application Birss J held that there had been no suggestion that cryptocurrency could not be treated as "property" and was satisfied the court could make the order.

This position is finding favour internationally, a trend that is expected to increase. The Singapore International Commercial Court (SICC) recently held that cryptocurrency can be regarded as property which is capable of being held on trust as a result of a breach of contract (see HFW's article ‘How Are Contract And Trust Law Principles Applied In Cryptocurrency Disputes?’). Further, the Irish High Court included cryptoassets within the list of property subject to a worldwide freezing order and compelled the defendants to disclose all cryptocurrency wallets to which they had a direct or indirect legal or beneficial interest.

The cryptocurrency world is characterised by anonymity with differing contractual and regulatory obligations to tangible property, historically facilitating fraud. The recent case law and now the publication of the UK Taskforce statement, will help protect innocent parties and enable these currencies to be used with growing confidence.

The Taskforce's statement and the above decisions show legal innovation and flexibility and an ability by the courts to find practical solutions in order to overcome the issues thrown up by the ever increasing level of cyber-crime.

What does this mean for you?

These developments, alongside the supportive powers of the English courts, including the ability to obtain a worldwide freezing order, offer a degree of protection to innocent commercial parties and will make the English courts an attractive jurisdiction for those wishing to litigate cryptocurrency disputes.

However, it remains the case that as soon as you become aware that you may have been a victim of cyber-fraud, you should seek immediate legal advice, as time plays a role in fraudsters being able to remove or hide funds. 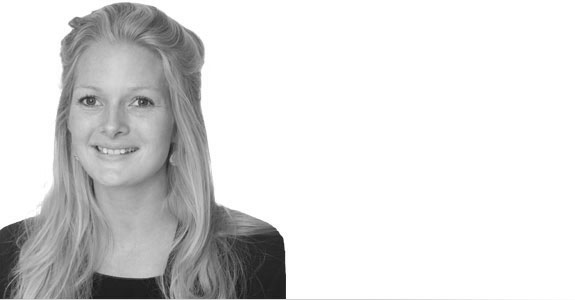